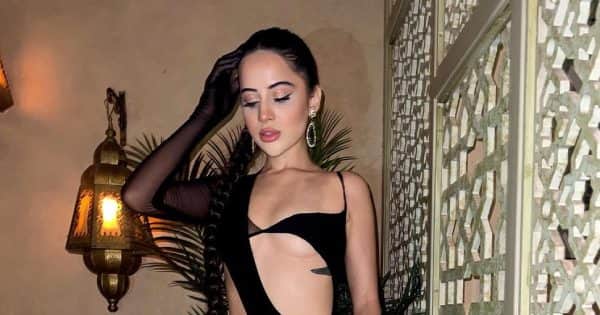 Lawyer Files Complaint Against urfi javed: Actress Urfi Javed is once again in trouble. In fact, a Mumbai lawyer has filed a complaint against the actress for spreading obscenity.

Urfi Javed In Legal Trouble: Industry’s fashion icon Urfi Javed has come out of ‘MTV Splitsvilla 14’. Urfi (Urfi Javed) was seen in the show only for 3 to 4 weeks. But now Urfi Javed is in big trouble as soon as he comes out of the show. In fact, a Mumbai lawyer has filed a police complaint against Urfi Javed for spreading obscenity. Urfi Javed has been accused of spreading obscenity in public places and social media and doing dirty acts. Also Read – Today Entertainment News: ‘The Kashmir Files’ will premiere in this film festival, Urfi Javed wore a striped dress

entertainment newsEntertainment NewsMumbai-based lawyer Ali Kashif Khan Deshmukh has lodged a written complaint at the Andheri police station, according to reports. Officials said that the lawyer had filed a complaint against the actress on December 9. Let us tell you that this is not the first time that Urfi Javed has been accused of spreading obscenity, earlier a complaint was filed against the actress in a police station in Delhi. Not only this, the actress was also in trouble for her song ‘Haye Hai Yeh Majoobari’. In this song, the actress was accused of wearing revealing clothes. Also Read – Urfi Javed became even bolder after the complaint was filed, seeing the dress with thin straps, people said – ‘Hey Maa Mataji’

Actress Urfi Javed has appeared in many TV serials. She has appeared in shows like ‘Bed Bhaiyya Ki Dulhania’ and ‘Meri Durga’. Although Urfi Javed got fame in ‘Bigg Boss OTT’. The actress was seen in Karan Johar’s show Bigg Boss OTT, although the actress was evicted from the show within a week. But in Bigg Boss OTT, Urfi made a lot of headlines with her fashion sense, after which the actress became a social media sensation. Now Urfi Javed has become a well-known name in the industry. Also Read – Why did Urfi say that this video of mine should be produced in the court, the actress kept her side