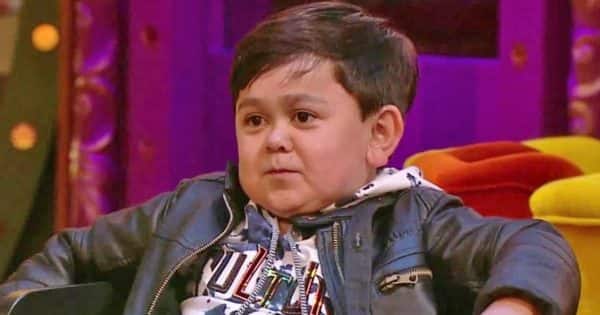 Abdu Rozik Re Enter In Bigg Boss 16: Chhote Bhaijaan i.e. Abdu Rozik was nominated from Bigg Boss 16 since last week. But now reports are claiming that Abdu is about to return to Salman Khan’s show for the third time.

Bigg Boss 16: These days a lot of uproar is being seen in TV’s famous reality show ‘Bigg Boss 16’. Salman Khan’s show saw a big twist last week as Abdu Rozik, Sreejita Dey as well as Sajid Khan were evicted from the house in Weekend Ka Vaar. In such a situation, now there is a tough competition between 9 contestants for the Bigg Boss 16 trophy. But in the meantime a new twist has come in Bigg Boss. In fact, it is being claimed in the reports that Abdu Rojik is once again going to make a grand entry in the show. In such a situation, now Abdu Rojik is about to enter the show for the third time. Abdu’s fans are very happy with this. Also Read – Abdu Rojik made many revelations after coming out of Bigg Boss 16, said this about the contestants of the show

It has been informed by the Twitter handle of ‘The Khabri’ that abdu rozic Once again in Salman Khan’s show, he will be seen giving class to the contestants. The tweet read, “Weekend Ka Vaar will see Abdu Rojic as a guest.” People are commenting a lot on this tweet of The Khabri and giving their feedback. One user wrote, “I think Abdu must have come to promote his song.” Also Read – Bigg Boss 16: Seeing tears in Sajid Khan’s eyes during eviction, even trolls’ hearts melted, ‘Mandali’ got another blow

So another user wrote, “Hope he will come to promote his new song. This will happen for the first time in Bigg Boss that after being evicted from the house, he will come as a guest next week. Bigg Boss also knows that TRP Where does it come from. Bigg Boss is very clever bro.” Also Read – Bigg Boss 16 Top 5 Contestants Week 15: This member reached the top as soon as Abdu left, Priyanka also jumped

bigg boss 16 This week in Bigg Boss 16, the sword of nomination hangs over Sumbul Touqueer Khan, Shaleen Bhanot, Tina Dutta and Soundarya Sharma. After three contestants were evicted last week, it remains to be seen which contestant will say goodbye to the show this week.