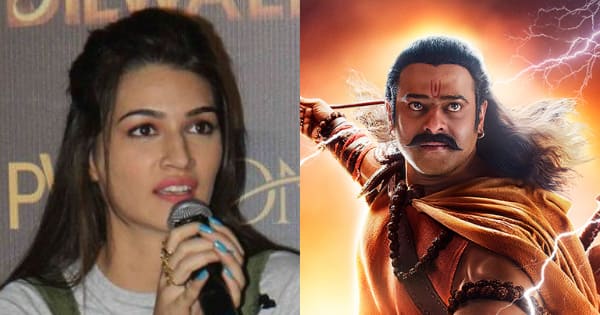 Kriti Sanon Adipurush Teaser: South actor Prabhas and Kriti Sanon’s film Adipurush has once again come into limelight. Kriti Sanon has put a class on those who oppose the teaser of this film.

Kriti Sanon Adipurush Teaser: Adipurush, the film starring Prabhas and Kriti Sanon in the lead roles, is in the news these days. There was a lot of protest on social media regarding this film. The controversy regarding this film started after the release of the teaser. In which people did not like Ravana’s look at all. From the leader to many people had given their opinion about the teaser of this film. Now Kriti Sanon has also given her opinion regarding this. He has spoken such a thing, which has stopped speaking of trolls. So let’s know what Kriti Sanon has said. Also Read – Adipurush: Scissors on Saif Ali Khan’s beard will work in VFX, makers will change Ravana’s look

Kriti Sanon spoke about the teaser of Adipurush

Bollywood actress Kriti Sanon These days she is in discussion about her film ‘Bhediya’. Recently many updates have come regarding this film. But Kriti Sanon apart from this film’Lone man‘ has also remained in the headlines. Recently, in a media interview, Kriti Sanon has spoken a lot about those who oppose the teaser video of Adipurush. He said, what was shown in the teaser was very limited. So far only a teaser of 1 minute 35 seconds has come out. There is still a lot more in this film. In this film our history and religion is shown in a new way. The trolls have stopped speaking after this statement came to the fore. Also Read – South Gossips of the Week: Pushpa 2 broke this record of RRR!! Vijay Deverakonda’s entry in DDLJ remake?

When will Adipurush release

Saif Ali Khan, Prabhas and Kriti Sanon’s film Adipurush is scheduled to release on June 16, 2023. For information, let us tell you that recently the release date of this film has been changed. Earlier this film was to be released on 12 January 2023. What is your opinion about the film Adipurush, do tell us by commenting.