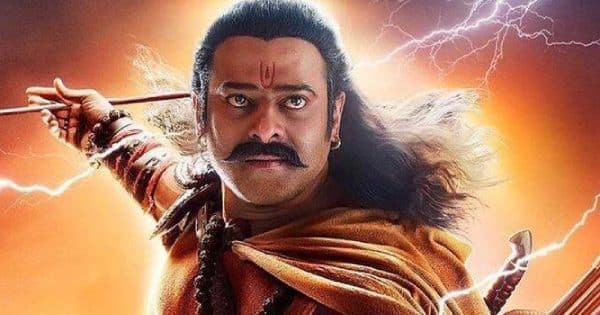 Adipurush Release Date: A big news is coming out about Prabhas and Saif Ali Khan’s film ‘Adipurush’. Actually, it is being claimed in media reports that the release date of the film can be postponed.

Adipurush Release Date: Prabhas, Kriti Sanon and Saif Ali Khan starrer film ‘Adipurush’ is in the news these days. On the birthday of ‘Bahubali’ Prabhas i.e. on 23 October, the makers released the new poster of ‘Adipurush’, as well as told that this film based on Ramayana will be released on January 12 next year. However, now according to the reports going on in the media, the release date of ‘Adipurush’ may change. Prabhas’s fans have got a big shock after hearing this news.

VFX could be the reason

According to a report published in Great Andhra, the film RadianceThe reason behind the postponement of the release date of Saif Ali Khan and Kriti Sanon starrer ‘Adipurush’ could be due to poor VFX of the film. Let us inform that in the past, the teaser of the film directed by Om Raut was released, after which people had raised questions on the look of Saif Ali Khan and Lord Hanuman to the poor VFX of the film. The makers of ‘Adipurush’ had created a lot of ruckus over the teaser and there was speculation that the VFX of ‘Adipurush’ would be reworked. But the release date of the film was kept on January 12, in such a situation, the makers did not have time to change the VFX of the entire film, so this thing was not given much importance.

Now the talk of extending the release date of ‘Adipurush’ is coming to the fore. In such a situation, after this news came to the fore, it seems that the makers have succumbed to the public.

‘Adipurush’ may release after Makar Sankranti

Film made under the banner of T-Series ‘Lone man’ May release after Makar Sankranti. Because according to the reports, three big films of South are being released on the day of Makar Sankranti. In which Thalapathy Vijay’s ‘Varisu’, Chiranjeevi’s ‘Mega 154’ and Nandamuri Balakrishna’s film ‘Veer Simha Reddy’. In such a situation, the makers of ‘Adipurush’ can avoid releasing the film on the day of Makar Sankranti. Because if this film, made in a budget of Rs 500 crore, will be released along with South’s films, then it can have a bad effect on the film’s earnings.