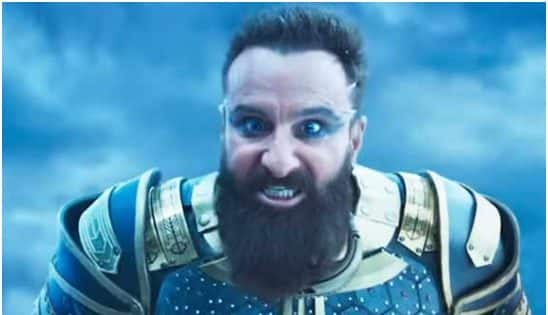 Adipurush makers to remove Saif Ali Khan’s beard: The teaser of South Superstar Prabhas’s film Adipurush became a victim of criticism as soon as it was released. After which the makers are going to make a lot of changes in the final look of this film. According to media reports, now the makers are going to make drastic changes in the look of Saif Ali Khan.

Adipurush makers to remove Saif Ali Khan’s beard: The teaser of Tollywood superstar Prabhas and Kriti Sanon starrer director Om Raut’s film Adipurush was released some time back. As soon as it was released, this teaser hit the target of the audience. People’s displeasure was revealed on the look of Saif Ali Khan and Hanuman’s look in the role of Ravana shown in the film. People accusing the makers of Islamizing the Ramayana in this film, accusing them of a lot. After this the makers came on the backfoot and after the release of the teaser of the film, its release date was extended. Meanwhile, it is heard that the makers are again working on the shortcomings of the film. Due to which its budget has increased a lot.

According to the information received, the makers have started trying to correct the shortcomings of the film through VFX. For which the makers have reportedly started an exercise to correct the shortcomings of the film by increasing the budget of Rs 100 crore. According to a report by ETimes Lone man Shown in a grown beard Saif Ali Khan The Ravan look will now be cleared through VFX. It is learned that the makers will keep Saif Ali Khan’s character of Ravana without a beard. While there are plans to improve the level of VFX of the film as well.

Meeting is going on for a changed look

Tanhaji fame director Om Raut is making this film. The film is produced under the banner of T-Series. According to media reports, sources close to the film told ETimes that the film has been prepared very well. It’s only VFX that didn’t fit. Now discussions are going on to make necessary changes in the film. Which will take time. According to the report, about 30 crore rupees can be spent in this work.