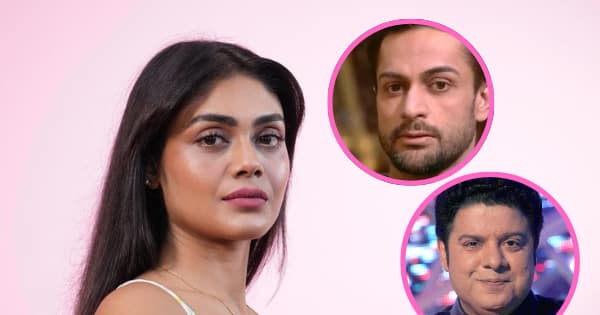 Bigg Boss 16 Contestant Sreejita De latest interview: Salman Khan’s controversial reality show ‘Bigg Boss 16’ has made its place in the TRP list by making a bang on TV. TV actress Sreejita Dey became the first member of this season to go out of the house in Saturday’s Vaar last night. The actress talked a lot about the members of Bigg Boss 16 as soon as she was evicted from the house. While giving an interview, Sreejita spoke many things about Sajid Khan and his friendship. Also, all the viewers are shocked to know that Tina Dutta and Shaleen Bhanot’s false love angle has been revealed.

While giving an interview to ‘The Indian Express’, the actress said many things about her and Sajid Khan’s bond. Sreejita Dey said that she and Sajid Khan had a very good relationship inside the house. The actress revealed that Sajid knew that her boyfriend was from Germany and talked a lot about his country. In Bigg Boss 16, we discussed a lot about Bollywood and films too. Actually, there is a lot of ruckus about the presence of Sajid Khan in Bigg Boss 16. Many people are demanding that he should be removed from the show as he was accused of #MeToo in the past.

Sreejita Dey came out of the house and made many shocking things about the relationship between Shaleen Bhanot and Tina. Regarding the love angle of Tina Dutta and Shaleen Bhanot in the show, both of them are doing this drama to move ahead in the game. The actress also said that Shaleen and Tina can do anything to go ahead in the game. During the interview, Sreejita called Tina Dutta an idiot and said that Tina’s game is completely baseless and she has negative vibes. Sreejita Dey further said, ‘All this talk is nonsense about what she is doing in the house, but I would love to compete with her.