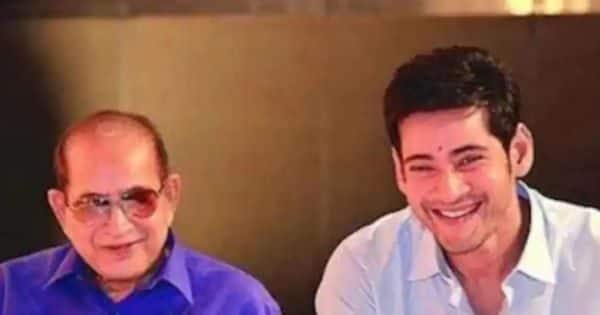 Mahesh Babu Father Passed Away: A mountain of sorrows has broken down at the house of superstar Mahesh Babu. Actually, his father actor Krishna has passed away at the age of 80. He was admitted to the hospital last Monday due to a heart attack.

Mahesh Babu His father had breathing problems, after which he was hurriedly admitted to the Continental Hospital in Hyderabad. Since the death of Mahesh Babu’s father Krishna Entertainment There is uproar in the industry. Along with the fans, stars and common people are also paying tribute to him.

Mahesh Babu The real name of Krishna’s father is Ghattamaneni Shiva Rama Krishna Murthy. He was included in the list of top actors during his career, along with this he has also worked in about 350 films. Not only this, Mahesh Babu’s father was a successful actor as well as a producer-director. He was awarded the Padma-Bhushan in the year 2009.

Before Mahesh Babu’s father Krishna, his mother Indira Devi said goodbye to the world in September. She was running ill for a long time. He breathed his last in Hyderabad at the age of 70. The sad thing is that before him Mahesh Babu’s elder brother Ramesh Babu had passed away in January this year.