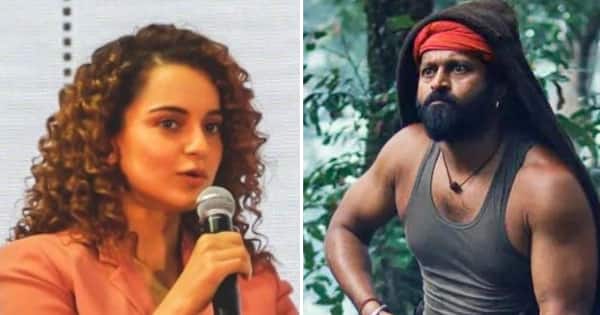 Kangana Ranaut on Kantara: Bollywood actress Kangana Ranaut remains in the discussion on social media for her statement more than her films. Sometimes she speaks something about a Bollywood film, sometimes she says something about some stars, after which there is a controversy. Kangana Ranaut had spoken a lot about Alia Bhatt’s film Gangubai Kathiawadi. After this, now Kangana has given her opinion about the Pan India film Kantara. For information, the film Kantara is dominated at the box office these days. Many stars have given their opinion about this film.

After Rishabh Shetty’s film Kantara South, now Hindi is earning a lot at the box office. After watching the film, almost everyone is praising it. Recently, South star Prabhas praised this film. After this, now Kangana Ranaut has given her opinion about this film. He has praised this film very much. Kangana Ranaut shared a video on Twitter and said ‘Everything is amazing in this film. It has action as well as thriller. Apart from this, the acting, direction and writing are absolutely amazing. The actress also told in this video that she had gone to see this film with her family. People are commenting fiercely on this video of him and people are telling their experience related to the film.

Kangana Ranaut is all praise for #Kantara after watching the film in theaters.#KanganaRanaut #KantaraMovie pic.twitter.com/Qya9Ghizb3

So far the film has earned so much

Rishabh Shetty and Saptami Gowda’s film Kantara Entertainment There is a lot of praise in the world. The film has so far done a business of Rs 13.10 crore at the Hindi box office. What is your opinion about the film Kantara, do let us know by commenting.