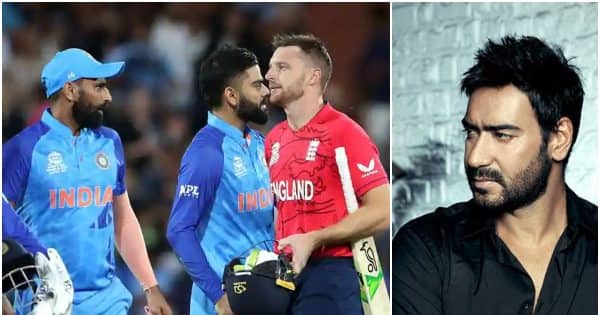 What did Ajay Devgan say to the Indian team when he was out of the World Cup finale?

supper star Ajay Devgn wrote in this long post, ‘It has always been a great experience to cheer on seeing you always working hard to achieve the dreams of winning the entire nation. However, your finale journey was a little short. Despite this, we enjoyed every moment of it. I can’t even imagine the pressure it puts on you to gaze at the whole country. Winning or losing is a part of any game. Both the results are unimaginable. But we are with you. In every rise and fall, in every difficulty and every moment, we stand with the best team in the world. Look up guys. We will come back strongly. Your fan, Ajay Devgan.’ You can see this Instagram post of superstar Ajay Devgan here. Also read: This South actress will be seen in Ajay Devgn’s ‘Bhola’, the film will be released in 2023

Fans are saddened by India’s defeat