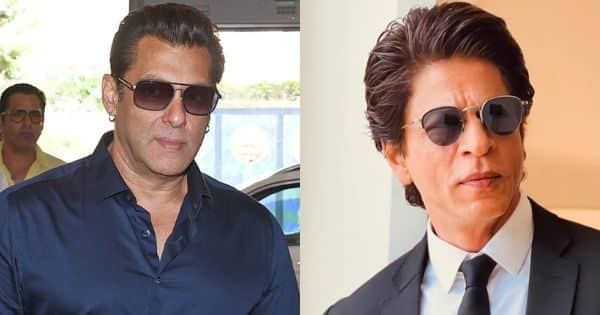 Shah Rukh Khan Birthday: two big superstars of bollywood industry Shah Rukh Khan And Salman Khan The controversy has been in the news a lot. The two worked together in their early careers but when both of them got stardom, they became enemies of each other. However, now the relationship between the two is on track once again. Shahrukh Khan is celebrating his 57th birthday on 2nd November. On this special day of his, we know that after the quarrel, Salman Khan had given a statement about Shahrukh Khan that he used to call him Sir during the days of struggle. Let us know what is the whole matter.

Salman Khan once said after a fight with Shahrukh Khan, ‘There was a time when Shahrukh used to call me Sir, at that time he was struggling. He was like my brother. I have seen Shahrukh going to the door of people asking for work. Now he has completely changed. Now only God can make us friends again which probably will never happen.’ After this statement of Salman Khan, Shahrukh Khan had said, ‘If Salman is angry with me, then it will be my fault, I must have done something.’

Responding to this reaction of Shahrukh Khan, Salman Khan had said, ‘If Shahrukh had to apologize, he could have called me, could have come to my house. Took a decision to apologize in public which was not right for me. I knew he would never say what happened that night.’

After the patch-up between Shahrukh Khan and Salman Khan, Shahrukh Khan had said, ‘I did not know Salman properly at that time. I don’t even know how and when our friendship happened. I think this is friendship. Nothing can be said when, where, how to start friendship. When you do not know when it started, then understand that it will never end.