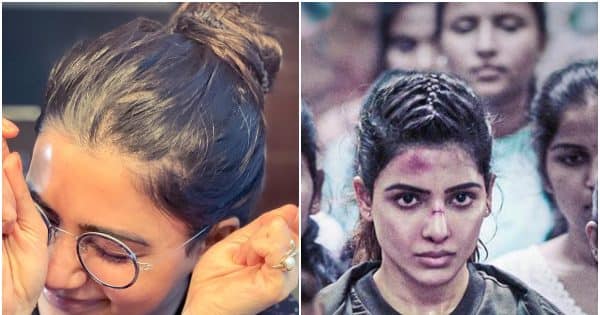 Yashoda star Samantha Ruth Prabhu praying for the film: South film actress Samantha Ruth Prabu was battling a serious illness for a long time. The actress herself announced this some time back. The actress told that she is suffering from myositis, an autoimmune disease. Now that she is recovering from this disease, the actress informed the fans about it. Along with this, the fans came to know that despite battling the disease, he has completed the dubbing work of his films Yashoda and Shankulam. Ever since the announcement of her divorce from Naga Chaitanya, actress Samantha has been in the news for many reasons. Now the news of the actress’s illness has upset the fans.

In the midst of all this, the actress Samantha Ruth Prabhu action entertainer movie Yashoda The time for its release has also come. The film is releasing nationwide on November 11. This is a pan India release film. In which actress Samantha will be seen playing the role of a surrogate mother. Before the release of this film, now actress Samantha has shared a very emotional post with the fans. The actress wrote, ‘Very nervous and excited. one day left. My directors, producers, cast and entire crew want good vibes waiting for your verdict. All fingers and toes are crossed. Yashoda is coming tomorrow. See this emotional post of Samantha Ruth Prabhu here. Also read: Samantha Ruth Prabhu will make a bang in Bollywood with this actor, will be seen in Dinesh Vijan’s horror comedy film

Samantha Ruth Prabhu will be seen in action avatar

The actress will be seen doing strong action in this film. The film is directed by the pair of Hari and Harish. The film is made under the banner of Shrimovies. The trailer of the film has already been released. Which was very much liked by the audience. After which it is expected that this film will hit the theaters. So are you excited about this film? Tell us your opinion by commenting.