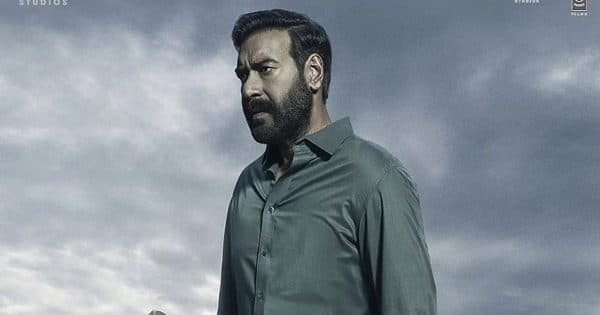 Ajay Devgn’s film Drishyam 2 makers paid 3.5 crore rupees to stop Telugu version:: To save Bollywood superstar Ajay Devgan’s film, film producer Kumar Mangat has given a hefty amount to Manish Shah, owner of Goldmines YouTube channel. Manish Shah was planning to release the Hindi dubbed version of the Telugu version on YouTube even before the release of Scene 2.

Ajay Devgn’s film Drishyam 2 makers paid 3.5 crore rupees to stop Telugu version: Bollywood superstars Ajay Devgan, Tabu, Shriya Saran, Ishita Dutta and Akshaye Khanna have a lot of buzz these days about director Abhishek Pathak’s much-awaited film Drishyam 2. This film is reaching theaters on 18th November. Meanwhile, in the past, such a news came out about this film, due to which the senses of the makers of the film were blown away. Actually, Manish Shah, owner of Goldmines YouTube channel, was already preparing to release the Hindi dubbed version of Drishyam 2. Manish Shah was about to release Drishyam 2 in Telugu in Hindi dubbed version. Which he also made a banging announcement on his social media handle.

Ajay Devgan and the makers of Drishyam 2 were shocked by this news. entertainment news (Entertainment News) This news also caused a stir in the world. The filmmakers immediately called up Manish Shah and asked him not to do so. Manish Shah. visible 2 The Hindi rights of Venkatesh Daggubati starrer Telugu film were bought from producer Suresh D Babu. In such a situation, Manish Shah could have dubbed it in Hindi. But the release of the dubbed version just before the release of the Hindi film would have caused a huge loss to Ajay Devgan’s film. Also the spoiler of the film would have been leaked. In such a situation, the makers of Ajay Devgan’s film talked to Manish Shah.

According to a report in ETimes, Ajay Devgn and Drishyam’s makers Kumar Mangat spoke to Manish Shah and asked him to stop the Hindi dubbed version, ‘Kitna chahiye’. On this, Manish Shah placed a demand of Rs 3.5 crore. The makers of Drishyam 2 immediately fulfilled this demand and saved the film from the so-called ‘white collar piracy’. The makers of Ajay Devgan’s film heaved a sigh of relief after meeting the demand of Rs 3.5 crore. Manish Shah has also withdrawn the announcement of releasing the Hindi version of Drishyam 2.