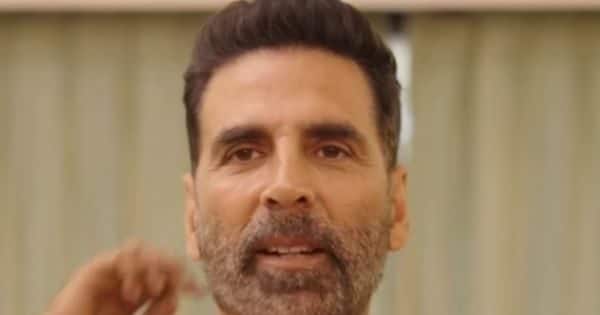 Akshay Kumar Video: A new video of Bollywood actor Akshay Kumar has surfaced in which he is giving hints about his new project. Fans are commenting fiercely on this video of him.

superstar of bollywood industry Akshay Kumar These days they are in constant discussion. Actually, ‘Hera Pheri 3’, the third part of his franchise film ‘Hera Pheri’, is in the headlines. A few days ago, the veteran actor had confirmed about the film ‘Hera Pheri 3’ that Karthik Aryan is going to be seen in it. After this Akshay Kumar had said during a program that he is not doing the film ‘Hera Pheri 3’. Meanwhile, Akshay Kumar has shared a video from his social media account which has increased the interest of people. Let’s see what’s so in his video. Also Read – Sonam Kapoor sprinkles life on Pav Bhaji, know favorite dishes of other Bollywood stars including Ajay Devgn

Akshay Kumar Has shared a video on his Instagram account on Tuesday and is seen asking about his upcoming project. In this video you can see that Akshay Kumar is asking his hairstylist Shiva, ‘Kya lagta hai ki iss baar kya naya aane wala hai.’ To which the hairstylist, ‘I don’t know sir.’ Akshay Kumar holds his head and says, ‘He stays with me for 24 hours and you don’t know anything.’ Akshay Kumar further says, ‘Now you tell whether a new picture, a new show, a new ad or something new is coming. Will be waiting for your reply. Shiva does not know anything. read this also: Akshay Kumar’s attitude got loose as soon as ‘Hera Pheri 3’ went out of hand! Said- I have to reduce the fees Also Read – Sunil Shetty will bring back Akshay Kumar in Hera Pheri 3, Shyam-Raju pair will be formed again?