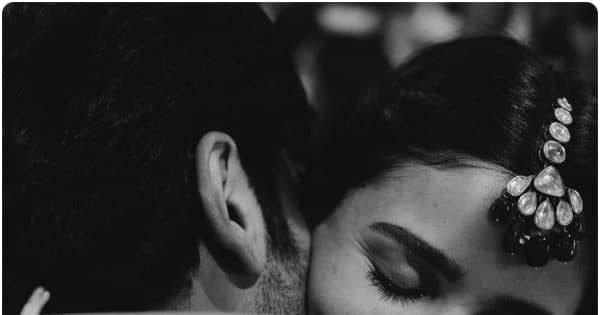 Alia Bhatt-Ranbir Kapoor announces welcoming baby girl: Bollywood film stars Ranbir Kapoor and Alia Bhatt have become parents to a daughter. After which this star couple has announced the good news of their child through social media.

Alia Bhatt-Ranbir Kapoor announces welcoming baby girl: Bollywood film stars Ranbir Kapoor and Alia Bhatt have confirmed the reports of a daughter becoming parents. Film star Alia Bhatt has shared a cute sleeping note on social media informing about the birth of her daughter. It is written in this post, ‘And the sweetest news of our life…. our baby has arrived… and what a lovely daughter she is. We are officially overjoyed. Blessed and Obsessed Parents. Love, love, love… Alia and Ranbir.’ You can see this post shared on Alia Bhatt’s Instagram here.

On the official announcement of Alia Bhatt and Ranbir Kapoor becoming parents, the reaction of film stars has also started coming to the fore. Congratulating on this post, actress Sonam Kapoor’s sister Rhea Kapoor and Huma Qureshi have given their best wishes. At the same time, Ishaan Khattar, Mouni Roy and Kapil Sharma have also congratulated this star couple for being parents. Superstar Akshay Kumar also commented on this post of Alia Bhatt and wrote, ‘Congratulations Alia Bhatt Ranbir, there can be no greater happiness in the world than having a daughter. Many blessings to you.’ You can see these comments of stars here. 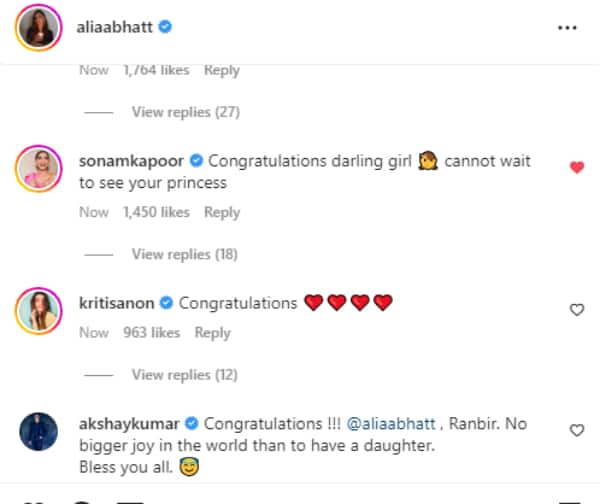