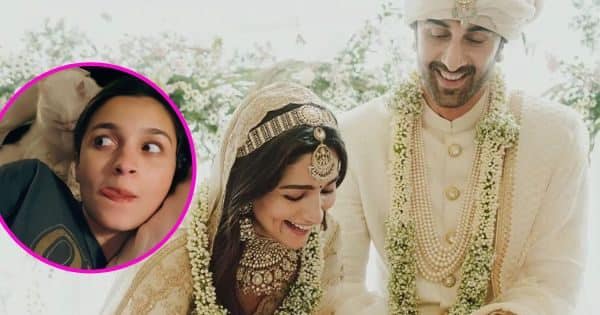 Alia Bhatt Diwali Celebration: This is the first Diwali after the marriage of Alia Bhatt and Ranbir Kapoor. But this Diwali of the actress is being spent lying on the bed. The actress herself has shared photos about this on Instagram.

Alia Bhatt Diwali Celebration: On this special occasion of Diwali, there is a lot of radiance everywhere. Everyone is busy in the celebration of Diwali. There is a lot of buzz about Diwali among Bollywood stars too. All the stars are decorating their house very beautifully and are also wishing the fans a lot of Diwali. famous Bollywood actress Alia Bhatt This is the first Diwali after Alia Bhatt’s marriage. The special thing is that Alia Bhatt is also pregnant, so this Diwali has become even more special for her. But this Diwali of the actress is passing on her bed itself. Actually, recently Alia has shared a photo from her Instagram account, in which she was seen resting on the bed.


Alia Bhatt (Alia Bhatt) congratulated the fans on the festival by sharing photos of last Diwali and this Diwali. The actress was seen in a blue color lehenga choli on her last Diwali, in which her look was worth seeing. At the same time, on this Diwali, Alia Bhatt was seen resting. Sharing these pictures, Alia Bhatt wrote, “Happy Diwali, a glimpse of the old Diwali and this Diwali is passing in bed. My love to all of you.” These photos of the actress have been liked more than 11 lakh times.

Fans reacted like this on the photos of Alia Bhatt

Entertainment Sister-in-law Riddhima Kapoor Sahni also reacted to these photos of Queen Alia Bhatt. He wrote on the photo of the actress, “The second photo is amazing….” On the other hand, a user expressed surprise at Alia Bhatt’s pictures and wrote, “I thought for a moment that this photo was shared by one of your fanpages.” Another user advised Alia Bhatt to take care of herself and wrote, “Hope you are fine. Take care of yourself.”