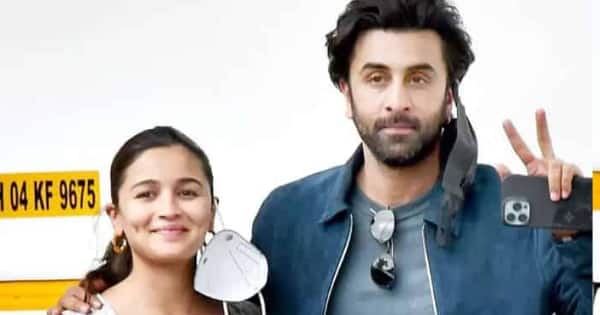 Alia Bhatt Admit in Hospital: Big news related to Alia Bhatt’s delivery has come out. According to media reports, Alia Bhatt has reached HN Reliance Hospital with her family for her delivery.

Alia Bhatt Admit in Hospital: Bollywood actress Alia Bhatt remains in a lot of discussion these days. After a few months of marriage, Alia Bhatt had told the fans through social media that she was going to become a mother. After this, Alia Bhatt has shared photos with her Instagram handle many times flaunting baby bump. Which the fans have also liked a lot. Some of his pictures have also been such, which are becoming very viral even today. Meanwhile, now a big news related to Alia Bhatt is coming out. After knowing this, the fans of Alia Bhatt and Ranbir Kapoor will be very happy.

Alia Bhatt Bollywood star in the month of 2022 this year Ranbir Kapoor was married to. After a few months of marriage, she shared a photo on social media and informed the fans that she is going to become a mother. After this, the fans are waiting for their child to be born. Meanwhile, now big news related to Alia Bhatt’s delivery has come out. According to media reports, Alia Bhatt has reached HN Reliance Hospital with her family for her delivery. Now at this time, good news can come in front of the fans. For information, let us tell you that a few days ago a report had claimed that Alia Bhatt’s child will be born around Shaheen Bhatt’s birthday. But now this report is turning out to be false.

Alia had shared the information

Alia Bhatt shared a picture of herself on Instagram and informed that she is going to become a mother. Ranbir Kapoor was also seen with him in this picture. Alia Bhatt was also trolled a lot on social media after this picture surfaced.