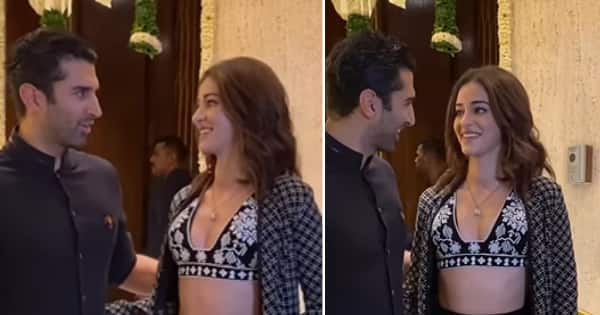 A Diwali party was organized by Manish Malhotra. Many Bollywood stars had reached this party. During the same party, Aditya Roy Kapur and ananya pandey appeared together. Both were seen looking into each other’s eyes. Not only this, Ananya Pandey and Aditya They are also seen holding hands in each other’s arms. For information, let us tell you that recently the news of the affair of both of them came to the fore. After this video surfaced, people have stamped the relationship between these two. In the comment box of this video, fans are writing a lot of things about these two. So let’s see without delay this cute video of Aditya Roy Kapur and Ananya Pandey which has been covered on social media.