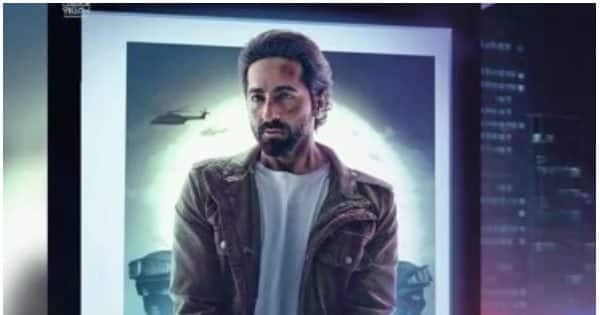 An Action Hero Box Office Collection Day 1: Bollywood film stars Ayushmann Khurrana and Jaideep Ahlawat starrer film An Action Hero has been released. The film has completed 1 day of its release and the latest figures of the film’s earnings have started coming out. The film has taken a sluggish start on the silver screens on the first day. There was not much buzz in the audience about the film even before. The reason for which was Ajay Devgan starrer film Drishyam 2, which is creating ruckus in the theater at this time. Ayushmann Khurrana’s film has not been able to do well in front of this film.

Ayushmann Khurrana’s film earned this much on the first day

According to the media reports coming out, the film has earned a total of Rs 1.31 crore on the first day. Which is very less amount. According to the latest report of the trade expert, the film star Ayushman Khurana and Jaideep Ahlawat starrer film n action hero has collected only Rs 81 lakh from National Chains theatres. While the film has earned only Rs 1.31 crore from theaters across the country. This figure is very less. See here the figures revealed of the film’s earnings.

Surprisingly, the film could not make it to the list of top 10 openers of the N action hero actor. Earlier, Ayushmann Khurrana’s films Bala and Dream Girl took an opening of 10 crores. Now the actor again has not been able to maintain that craze among his fans. In the year 2022, actor Ayushmann Khurrana has back to back fourth flop film. Earlier, his films Anek, Doctor Ji, Chandigarh Kare Aashiqui also could not run in the theatre.