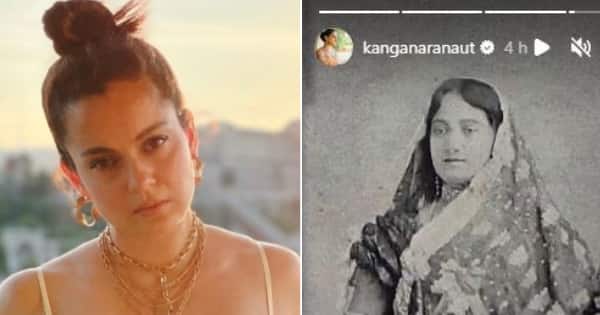 Kangana Ranaut New Movie: Bollywood actress Kangana Ranaut’s films are not able to make a splash at the box office. But even after this, there is no shortage of films for Kangana. Meanwhile, Kangana has got a new film in her hands.

Kangana Ranaut New Movie: Bollywood actress Kangana Ranaut is in a lot of discussion on social media about her statement. She is often seen speaking something or the other about Bollywood and stars. More recently, the Bharatiya Janata Party has made him a star campaigner for the Himachal elections. Now a big news related to Kangana Raunat is coming out. Kangana Ranaut has entered a new film. Fans are looking very happy after this news came out. So let us tell you in which film Kangana Ranaut will be seen and whose role she is going to play.

Kangana Ranaut will be seen in this character

Bollywood’s most talked-about actress Kangana Ranaut The name of the film has now been linked to one more. These days Kangana is doing her Upmink film. emergency remains in the limelight. Apart from this, now Kangana has announced a new project. She can be seen in the biopic of Binodini Dasi. In this film, she is going to play the role of Binodini Dasi. For information, let us tell you that Binodini Dasi was a well-known theater artist of Bengal. Kangana Ranaut’s fans are looking very happy after this news came to the fore. Kangana’s fans have been waiting for her new film for a long time.

who was binodini maid

Binodini Dasi was a well-known theater artist from Bengal, her name is counted among the revolutionary actresses. According to media reports, he played his first role in his first theater at the age of 12. For information, let us tell you that Binodini Dasi was the daughter of a tawaif. You can understand how difficult his journey must have been. What is your opinion about Kangana Ranaut’s new film, do let us know by commenting.