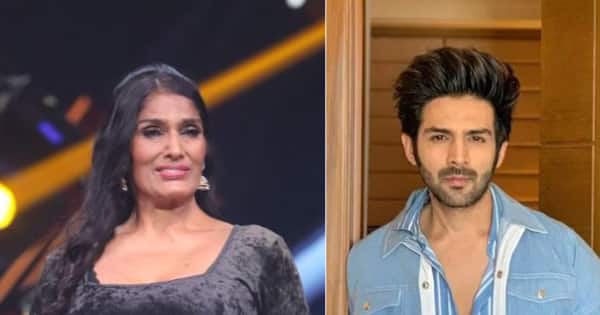 Anu Aggarwal in Aashiqui 3: Actress Anu Aggarwal has made a big disclosure about her return to Bollywood. The actress told that good news can be received at any time.

Anu Aggarwal in Aashiqui 3: Bollywood actress Anu Aggarwal (Anu Aggarwal) had a charm at one time, but an accident changed her whole life. The actress got fame from the film ‘Aashiqui’ released in the year 1990. The film was a hit at the box office as soon as it arrived. After this film, Anu Aggarwal did not appear much in Bollywood films. Fans are waiting for Anu Agarwal to return to the big screen. Meanwhile, news has come to please the fans. Anu Aggarwal has spoken a lot about her return to Bollywood. So let’s know from which film Anu Aggarwal is planning to make a comeback in Bollywood. Also Read – Entertainment News Today: Shah Rukh Khan touches Amitabh Bachchan’s feet, Sunny Paji patched up with Rajkumar Santoshi!

Anu Aggarwal can be seen in ‘Aashiqui 3’

Anu Aggarwal has a special conversation with Bollywood Life about her return to Bollywood. During this, when Anu Aggarwal was asked whether you will be a part of the third part of the film ‘Aashiqui’ franchise, ‘Aashiqui 3’. While answering this, first the actress started laughing and then she said, nothing is confirmed yet. When everything is final, she will definitely tell about it. After this he said that soon you will get to hear good news about my comeback in Bollywood. For information, let us tell you that Anu Aggarwal and Rahul Roy were in the lead role in the film ‘Aashiqui’ released in the year 1990. Also Read – People’s eyes fixed on Kartik Aaryan’s sweater, trolls asked, ‘Taken from Sarojini?’

These stars will be seen in ‘Aashiqui 3’

‘Aashiqui 3’ is one of those Bollywood films, which is being discussed for a long time. Bollywood actor Kartik Aaryan is going to play an important role in this film. Apart from this, a new actress is going to be seen in the film. What is your opinion about Anu Agarwal’s comeback in Bollywood, do tell us your opinion by commenting. Also Read – Aashiqui 3: Karthik Aryan will pair up with this actress, producer Mukesh Bhatt revealed?