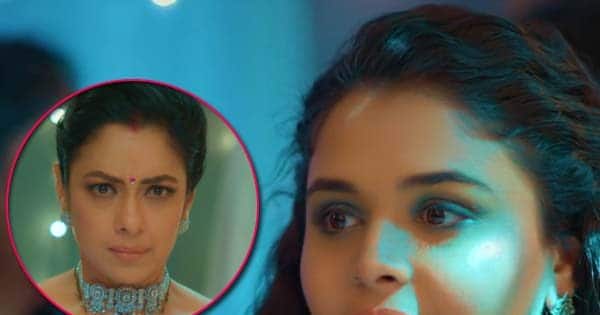 Anupama Upcoming Twist 14 November: In the upcoming episode of Gaurav Khanna, Sudhanshu Pandey and Rupali Ganguly starrer ‘Anupama’, Paakhi is about to do something that will set the mercury high. On the other hand, Anupama will understand that Pakhi is in a rush to do some food.

Anupama Upcoming Twist: Serial ‘AnupamaTRP is ruling the list. This week also Anupama is holding the number one crown in the TRP list. The drama fans are liking the drama going on in the show. The wedding rituals of Pakhi and More are grabbing the attention of the people. Serial ‘Anupama’ (Anupamaa Latest Episode) Till now you have seen that Pakhi is well prepared for her sangeet ceremony. Before the sangeet ceremony begins, Pakhi misbehaves with Anupama. Anupama scolded Pakhi fiercely. Meanwhile, Pakhi is about to do another idiot, due to which Anupama’s mercury will go up.

Pakhi will join hands with Barkha

Rupali Ganguly (Rupali Ganguly) K Entertainment Pakhi is soon going to show her colors to Anupama in the show. Barkha will take jewelery for Pakhi for the sangeet ceremony. Barkha will get a bill of Rs 60 lakh made in the name of jewellery. Pakhi will sign this bill. Will see more Pakhi doing this. Will flare up on more Pakhi. Anupama will understand that something is cooking between Adhi and Pakhi.

Pakhi will become a headache for Anupama

Soon Anupama will kick Pakhi out of her house. After leaving Kapadia House, Pakhi will reach Shah House. Here Vanraj will also refuse to accept Pakhi. In such a situation, Pakhi will start demanding her rights from Vanraj. Pakhi will claim that she also has a share in the Shah House. Vanraj’s mercury is about to rise after hearing Pakhi’s words.