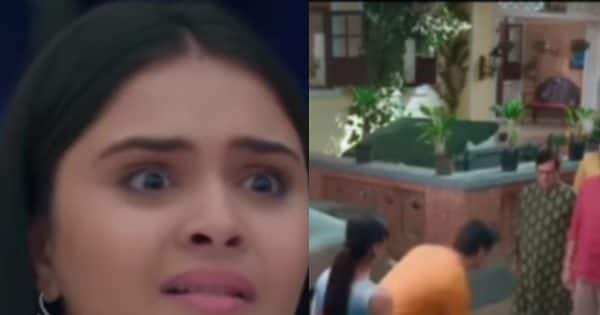 Anupama 19 December Episode: The upcoming episode of Anupama will also be full of twists and turns. Pakhi and Adhi’s relationship will be seen breaking down in the coming episodes. Barkha talks about divorce of both.

Anupama 19 December Episode: Rupali Ganguly’s serial ‘Anupama’ has been ruling the TRP list ever since it was telecasted on Star Plus. In this show, the beautiful relationship of Rupali Ganguly and Gaurav Khanna entertained the people a lot. So at the same time, the viewers also get to see a new twist in the show everyday, due to which the viewers are constantly connected to this serial. These days the story of this show is revolving around Pakhi and Adhi’s relationship. It has been only 3 to 4 weeks since the marriage of both of them, but there is a fierce fight between the two. It has been shown in the last episode that because of Pakhi, the police reaches the Shah house and this drama will be seen in the upcoming episodes as well. Also Read – Anupama 23 December Episode: Ba-Bapuji will camp at Anuj’s house, Anupama will be depressed due to the burden of responsibilities

In the last episode of the TV serial Anupama, it was shown that Barkha lodges a police complaint against Pakhi-Vanraj, after which the police reach the Shah house. While everyone gets scared seeing the police in the house, Vanraj also talks about filing a police complaint against Adhik, after which Babu ji goes in front of the police and tells the mistake of his son and granddaughter. The people of the locality present outside are also watching this whole spectacle of Shah House. On the other hand, the family members get shocked after listening to Babuji.

watch promo here Also Read – Anupama brightened the fortunes of these stars in 2022, made a superstar overnight by taking a new flight in their career

Pakhi will confess her mistake in front of the police

On the other hand, after this whole drama, Anupama also tells her daughter to come forward, so that she can confess her mistake and save their relationship, only after which Pakhi comes forward and tells the whole thing to the police. After knowing this whole drama of Pakhi and Shah house, the police officer also gets angry and then she explains the importance of domestic violence and the law made to stop it. Not only this, the police officer also makes Pakhi and Vanraj Shah sign a document, so that he would never dare to do so again. Also Read – Anupama 17 December Episode: Pakhi will stab Vanraj in the back, Anupama will tell Anuj in front of everyone

The biggest drama in the upcoming episode of Anupamaa will happen in the last scene itself, in which Barkha talks about keeping her brother Adhik and Pakhi apart, which leaves the housemates shocked. On the other hand, Adhik also agrees with his sister and talks about leaving Pakhi behind. On hearing this from her husband Adhik, the ground slips under Pakhi’s feet and then she begs Adhik not to end the relationship. During this, Pakhi also steps on the road. However, during this time too, Pakhi explains the reason for all her mistakes to her mother Anupama, Papa and Baa, which shocks everyone. The show further talks about divorce of Barkha, Pakhi and more.