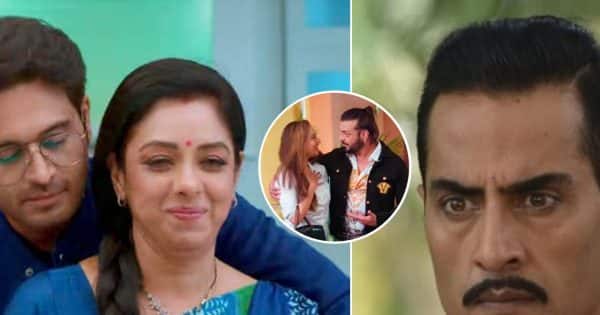 Anupama 19 January Episode: In the TV serial ‘Anupama’, a new person is about to enter Kavya’s life, which will make Vanraj jealous. At the same time, Maya has also entered Anupama and Anuj’s life.

Anupama 19 January Episode: Star Plus hit TV serial ‘Anupama’ (Anupam) Is ruling the hearts of the audience. Everyday a new drama is seen in this serial, due to which the audience is bound by the story. In the last episode of the serial, it was seen that Toshu causes a lot of drama in the Shah house, after which Baa goes to Anupama’s house and curses her as she flatly refuses to help Toshu. On the other hand, Maya is also keeping an eye on Anupama and Anuj. However, another big twist is about to come in the story. A new person will enter Kavya’s life, how will it affect Vanraj. Let us tell you. Also Read – Anupama Upcoming Major Twist: Anupama’s laughing family will feel sorry for Baa, Vanraj will lose his hand from second marriage too

In the upcoming episode of TV serial Anupama, it will be seen that everyone in the Shah house talks about the preparations for Makar Sankranti, but in the meantime, Vanraj interrupts her when Kavya says that she has to go out for work. Because of this, there is a little tu-tu, me-me between the two. But everyone in the house calms the matter down and asks Kavya to leave. Then Mohit (director of Kavya) comes to take her home. During this, Vanraj gets jealous seeing the bond between the two.

Mohit will apologize to Vanraj

It will be seen further in the story of the serial that Kavya becomes very happy to see Mohit and hugs him outside the house. Vanraj doesn’t like this thing very much. But he can’t even say anything. However, Kavya brings her director to the house and introduces him to everyone. During this, Mohit apologizes to Vanraj as he spoke to him in a harsh tone over the phone. At the same time, he also praises Kavya in front of the family. Also Read – Today TV News 20 January: Aishwarya keeps fighting with Neil in real life too! Leaving the shooting, Anupama did this mischief with Baa

Maya will keep an eye on Anuj-Anupama

While all this is going on in the Shah house, everyone at Anupama’s house also starts preparing for Makar Sankranti. Meanwhile, little Anu likes a dress, which she cannot find online. Anupama says she will make that dress but not now. Meanwhile, Maya keeps an eye on Anuj and Anupama’s every move and that is why Maya sends the same dress for Chhoti home as she had liked. Seeing this, Anuj and Anupama get upset and think of meeting Maya.

Anupama 19 January Episode: Someone else will enter Kavya’s life, Maya will keep an eye on Anupama-Anuj