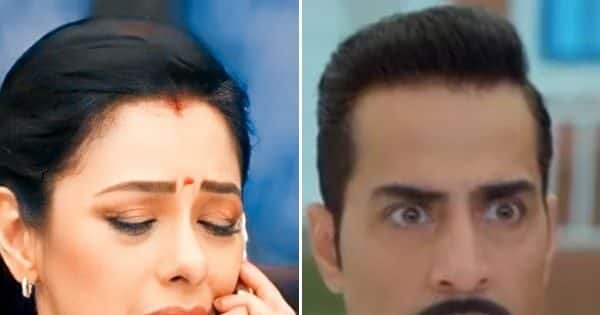 Anupama Upcoming Twist 19 October: Rupali Ganguly starrer ‘Anupama’ will further show that Vanraj will be badly broken as soon as he comes to know about Pakhi. At the same time, more will open the pole of his sister Barkha in front of Anuj.

Anupama Upcoming Twist 19 October: Star Plus’s banging show ‘Anupama’ remains on top of the TRP list these days. Makers are trying as much as possible to increase its ranking and are bringing new twists. These days the love of Pakhi and More has not only ‘Anupama‘ (Anupama) has increased the TRP, but has also taken the excitement towards the show to the seventh sky among the fans. Last day in ‘Anupama’ it was shown that Pakhi would sit in front of her mother insisting that she would marry more and more. On the other hand, Baa tries to tell everything to Vanraj after coming home, but her health deteriorates due to which she faints. Although Rupali Ganguly (Rupali Ganguly) The twists and turns coming in the starrer ‘Anupama’ do not end here.

As soon as she regains consciousness, she will tell Vanraj the granddaughter’s act

Anupama It will be further shown in (Anupama) that due to the deteriorating health of Baa, the whole family remains troubled. Anpuma, Anuj and Barkha and Ankush also reach the Shah family. As soon as she regains consciousness, Ba starts crying and tells Vanraj that his beloved has not left him anywhere to show his face. Ba is not in a condition to speak, so that he knows the truth from Kavya. Kavya tells Vanraj that Pakhi and More were in the same room together at the resort. On hearing this, Vanraj gets shocked.

Barkha and Ankush will send more to the US

In the entertainment-rich show ‘Anupama’, it will be shown that seeing Vanraj’s condition, Anuj tries to talk to him. Barkha and Ankush say that they will send more to the US. On hearing this, Pakhi pleads for her not to do so in front of him. The whole family is shocked to see Pakhi’s shamelessness. At the same time, Vanraj questions Pakhi from where did he learn to do this. Pakhi apologizes to her father and says that she did nothing wrong. But Vanraj does not listen to him.

Barkha’s pole will open in front of Anuj

Rupali Ganguly In the starrer ‘Anupama’, it will now be shown that Vanraj showers on Pakhi and says that she will not go to college from today. Adhik, on the other hand, will expose Barkha in front of Anuj and will reveal that pretending to be in love with Pakhi was his and Barkha’s strategy as they wanted to make Kapadia the Empire by using Pakhi.