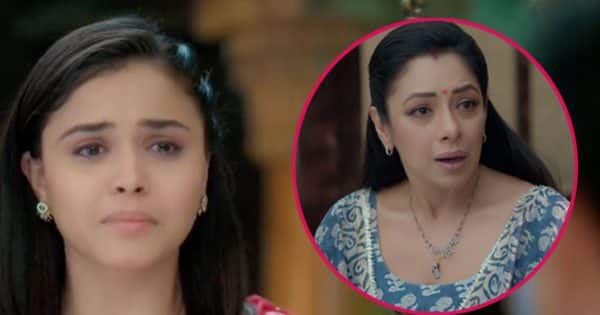 Anupama Upcoming Twist 21 October: In the upcoming episode of famous TV serial ‘Anupama’ starring Rupali Ganguly, Sudhanshu Pandey and Gaurav Khanna, Vanraj will take a stand against the marriage of More and Pakhi. Because of Pakhi, the battle between Anuj and Vanraj will start again.

Anupama Upcoming Twist: Serial ‘Anupama‘ There is trouble for the Pakhi Shah family. Pakhi is ready to cross all limits to marry more. On the other hand, Vanraj is not ready to bow down to Anuj. Serial ‘Anupama’ (Anupamaa Latest Episode) Till now you have seen that Vanraj gets very upset because of Pakhi. Vanraj does not understand how to get away from Pakhi. On the other hand, he opens his tongue more in front of Anuj. More tells that at the behest of Barkha, he pretended to be in love with Pakhi. More claims that he has really fallen in love with Pakhi. Meanwhile, another bomb is about to explode in Anupama’s story.

Serial ‘Anupama’ In the upcoming episode of (Anupamaa Upcoming Episode) you will see, Anupama will go to talk to Vanraj. Anupama will tell Vanraj that she will talk to Pakhi. Vanraj will say that he could not become a good father. Vanraj will get emotional while talking to Anupama. On the other hand, Kavya will start taking up the responsibilities of the Shah family.

Vanraj will get angry in the name of marriage with Pakhi

Anuj will reach Shah House to confirm the marriage of Pakhi and more. Vanraj will categorically refuse to marry Pakhi with Adhik. Vanraj will claim that he is Pakhi’s father and no one can take this decision without his consent. In such a situation, Vanraj and Anuj are going to come face to face once again.

Rupali Ganguly Bapuji’s pole will soon be exposed in the show of Sudhanshu Pandey and Gaurav Khanna. Bapuji’s first wife will reach Shah Haush. Seeing Bapuji’s wife, Leela will be blown away. Vanraj will also come to know that he has half-siblings.