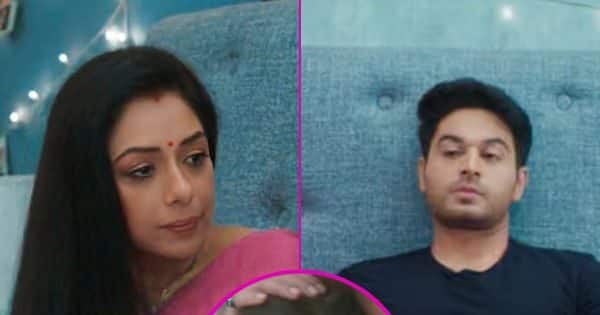 Anupama Upcoming Twist December 22: Rupali Ganguly and Gaurav Khanna starrer ‘Anupama’ will further show that Baa leaves behind by handing over the responsibility of Pakhi to Anupama. But Anuj does not like these things at all. He narrates lies to the Shah family in the midst of a crowded locality.

Anupama Upcoming Twist 22 December: Rupali Ganguly and Gaurav Khanna starrer ‘Anupama’ is making a lot of noise these days in the TRP list as well as in the TV world. These days in ‘Anupama’ the whole story was revolving around Pakhi and more. The show was constantly showing the upheavals in the married life of Pakhi and more. last day tooAnupama‘ I showed that Pakhi lies down on the footpath and Anupama also lies down to persuade her. She brings him home after convincing him. Pakhi not only apologizes to Anupama but also asks for at least one chance. But the twists and turns in ‘Anupama’ do not end here. Also Read – Year Ender 2022: These stars were replaced overnight from the hit show, there was an outcry among the audience

Anuj will scold Pakhi for her mistakes

Rupali Ganguly starrer ‘Anupamaa’ will further show that Pakhi promises everyone that she is ready to take care of her house and relationship. On the other hand, Baa also brushes off the responsibility by giving responsibility to Anupama. But Anuj does not like these things at all. He vilifies Pakhi in front of everyone and says that you can guarantee that you will not change. Anuj also taunts Pakhi that she behaves with people according to her convenience. Also Read – Ormax Top 10 TV Shows: Bigg Boss 16 tries to snatch the throne of ‘Anupama’, ratings of ‘Gum Hai Kisi Ke Pyar Mein’ drop

Anuj will give reality check to Anupama

,Anupama‘ In Anuj, Shah gets upset with the family’s antics. On the other hand, when he returns home with Anupama, he does not hold back from giving her a reality check. Anuj tells Anupama that Baa, Toshu, Vanraj and Pakhi use Anupama as per their convenience and she is used too. Anuj reminds Anupama of little Anu’s responsibilities and says, “I don’t want little Anu to feel lonely even though she has parents, because her parents don’t have time for her.” Also Read – Anupama 21 December Episode: Pakhi will be given more chance to improve, Anuj will be troubled by Anupama’s greatness

Rupali Ganguly’s Entertainment full ofAnupama‘ It will further be shown that Anupama and Anuj have gone to the Shah family for some reason. On the other hand, in the house, little Anu starts crying. She calls mummy again and again. Anuj comes there, but Anupama is unable to reach. And the younger Anu also asks Anuj, “Mummy hasn’t come, isn’t she my mother?”