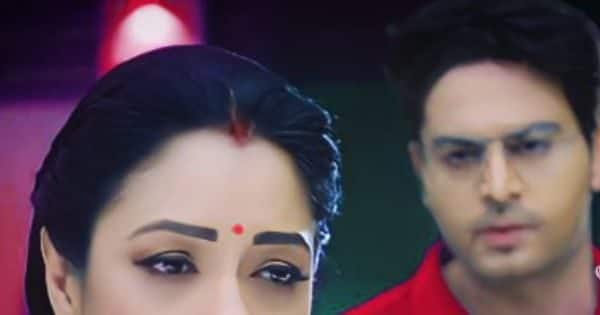 Anupama Upcoming Twist 23 October: Rupali Ganguly and Gaurav Khanna starrer ‘Anupama’ will further show that Anuj knowingly or unknowingly taunts Anupama for being illiterate, causing Anupama to bow her head. However, Anuj later gets her admission in the college.

Anupama Upcoming Twist 23 October: TV’s highest paid actress Rupali Ganguly and Gaurav Khanna starrer ‘Anupama’ remains at number one in the TRP list. Along with this, the makers are constantly bringing such twists to make the audience happy, which has kept the fans hooked to the show. Recently, in ‘Anupama’, the matter of more and Pakhi has reduced a bit, while now the process of Anupama’s studies in the show is going to start soon. Last day in ‘Anupama’ it was shown that Anuj convinces Vanraj and Anupama that Pakhi should get ready for more marriage. However, Vanraj and Anupama ask for time from their children. They constantly say that they do not trust much. But the twists coming in ‘Anupama’ do not end here.

Ba will do stupid things

,Anupama‘ It was shown that while the entire Shah family is busy preparing for Dhanteras, Baa takes out her jewelery and sits down and on asking Bapuji says that I want to distribute this to everyone before I leave. So that after my departure there is no quarrel in the family regarding my jewellery. However, Kavya, Samar, Pakhi and Vanraj explain to him on this matter and advise him not to talk deluded.

Anuj will taunt Anupama for being illiterate

Anupama and the entire Kapadia family are making sweets. Meanwhile, Ankush asks Anuj to check the file of an international project and says that if you are not free then I will give it to Anupama. On this Anuj says that tax, finance are all included in it, it will not be possible with Anupama. Anupama gets shocked hearing this from Anuj’s mouth. However, Anuj regrets what he said and apologizes to him.

Anupama will mourn the loss of being illiterate

Rupali Ganguly (Rupali Ganguly) starrer ‘Anupama’ will further show that Anupama will mourn her illiterate. She will say in front of Anuj that I felt bad for myself that I am not able to help you completely even if I want to. I could not complete my studies and I still feel sad about this. However, Anuj explains to her that even though he is not educated, he is the best for her.

Anuj will get Anupama’s admission in college

While everyone was giving jewelery to each other on Dhanteras, Anuj gives Anupama a chance to fulfill her dream. He gives the admission form to Anupama, seeing which Anupama’s happiness reaches the fourth sky.