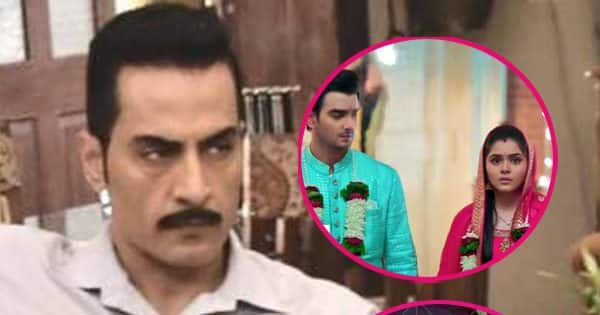 Anupama Upcoming Twist 28 October: In the upcoming episode of Rupali Ganguly, Sudhanshu Pandey and Gaurav Khanna’s famous TV serial ‘Anupama’, Anuj and Anupama are going to celebrate the festival of Diwali together. On the other hand, due to Pakhi, the mood of the Shah family is going to get spoiled.

Anupama Upcoming Twist: Serial ‘AnupamaThere are ups and downs one after the other in the story. Hell is created in Anupama’s life because of Pakhi. The people of Shah family are blaming Anupama only. At the same time, Barkha is also lying behind after washing Anupama’s hands. Serial ‘Anupama’ (Anupamaa Latest Episode) Till now you have seen that Anupama enjoys her college life. Anupama becomes very happy after coming to college. On the other hand Vanraj starts harassing Anupama by calling. Vanraj claims that Pakhi needs Anupama. Anupama tells lies to Vanraj on the phone itself. Meanwhile, Pakhi is going to give a big shock to Anupama and the family members.

Anuj will worship the Lakshmi of his house

Rupali Ganguly In the show of Sudhanshu Pandey and Gaurav Khanna, soon Anuj and Anupama will worship Goddess Lakshmi in the office. During this Anuj will tell Anupama the Lakshmi of his house. Anuj will also bow his head in front of Anupama. During this, Anuj Anupama will give Diwali gifts to each other.

Pakhi will be missing from home

Pakhi will disappear from the house just before the Diwali puja. The family members will start searching for Pakhi. Vanraj will call Anupama home without delay. Anupama will feel that Pakhi is around the house. Meanwhile, Pakhi will enter the house with more. Seeing Pakhi and more, Anupama will understand that they have got married. Anupama will be blown away after seeing vermilion in Pakhi’s demand.