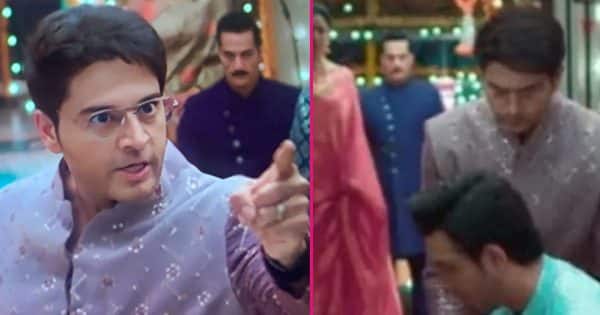 Anupama Upcoming Twist 30 October: In the upcoming episode of Rupali Ganguly, Sudhanshu Pandey and Gaurav Khanna’s well-known TV serial ‘Anupama’, Vanraj’s anger is going to explode on Pakhi. On the other hand, Anuj will reach college to romance Anupama.

Anupama Upcoming Twist: Serial ‘AnupamaIn this, Pakhi has mixed the name of the Shah family by getting married. Pakhi is also following in the footsteps of her father and brother. Although Vanraj is still unable to digest this thing. Serial ‘Anupama’ (Anupamaa Latest Episode) Till now you have seen that Anupama tries to bring Pakhi out of the room. Meanwhile, Anupama sees that Pakhi has married Adhik. Seeing the mangalsutra around Pakhi’s neck, the ground slips under Anupama’s feet. On the other hand, Vanraj also does not believe in this. Anupama makes Pakhi jealous in front of everyone. Meanwhile, Vanraj is about to make a shocking decision.

Serial ‘Anupama’ In the upcoming episode of (Anupamaa Upcoming Episode) you will see, Pakhi will try to persuade the family members. Pakhi will also apologize by falling at Vanraj’s feet. Vanraj will ignore Pakhi. Vanraj will throw out all the belongings of Pakhi from the house. On the other hand, Anuj will also get angry on more. Vanraj will ask Pakhi to leave from Shah House.

Rupali Ganguly In the show of Sudhanshu Pandey and Gaurav Khanna, soon Pakhi will understand that she has made a mistake by getting married. Pakhi will ask more and more where will they both go now. In such a situation, Anuj and Anupama will agree to take Pakhi to their house.

Vanraj and Baa will become trouble for Anupama.

After Pakhi leaves, Anupama will focus on her college. However, Baa and Vanraj will not let Anupama go to college. Vanraj and Ba together will trouble Anupama. On the other hand Anuj will reach Anupama’s college. Anuj is about to romance Anupama in college. Anuj and Anupama will refresh the old days in college.