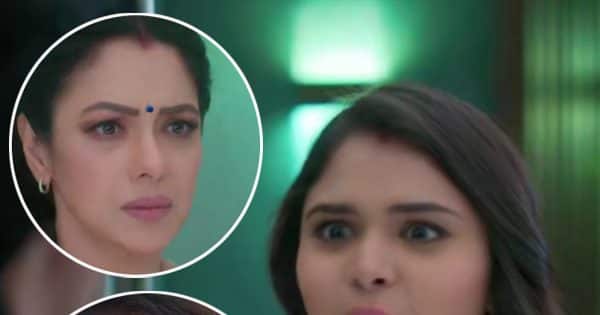 Anupama Upcoming Twist 6 November: Anupama More and Pakhi will prepare for their destination wedding in the upcoming episode of Gaurav Khanna, Sudhanshu Pandey and Rupali Ganguly starrer ‘Anupama’. On the other hand, the people of Shah family will celebrate the festival of Bhai Dooj together.

Anupama Upcoming Twist: Serial ‘AnupamaThe story of ‘ has come to an interesting point. Anupama’s daughter has now become the daughter-in-law of the Kapadia family. However, even till now Barkha has not considered Pakhi as a part of her family. On the other hand, Vanraj’s anger is also not taking the name of cooling down. Serial ‘Anupama’ (Anupamaa Latest Episode) Till now you have seen that Anupama persuades Vanraj to come to Pakhi’s wedding. However, Vanrad refuses to participate in Pakhi’s wedding rituals. On the other hand Anupama refuses to spend on Pakhi’s wedding. This decision of Anupama is going to create a ruckus in her house again.

Serial ‘Anupama’ In the upcoming episode of (Anupamaa Upcoming Episode) you will see, the people of Shah family will celebrate the festival of Bhai Dooj. During this, Samar and Toshu will remember Pakhi. At the same time, Vanraj will also miss his daughter a lot. On the other hand, Pakhi will get emotional remembering the old days. In this case, it will support more Pakhi.

Pakhi will get a surprise

Vanraj will send Toshu and Samar to Kapadia House to celebrate Pakhi’s Bhai Dooj. Here Pakhi will comment on both her brothers. On the other hand, Barkha will refuse to do Adhik’s vaccine. Adiq will be heartbroken after hearing Barkha’s words. Rupali Ganguly (Rupali Ganguly) K Entertainment In the show, Anupama will tell that Pakhi’s wedding rituals will be held at Shah House. Hearing this, Pakhi’s mind will be spoiled.

Pakhi will fight with Anupama