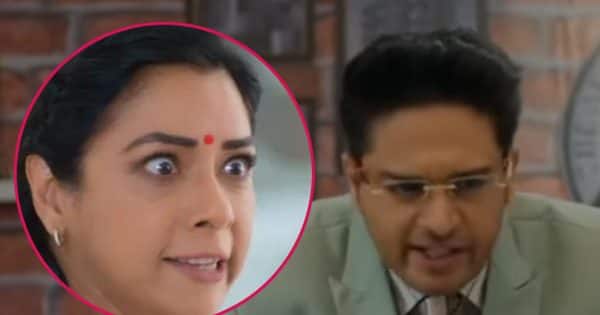 Anupama Shocking upcoming twist: In the upcoming episode of famous TV serial ‘Anupama’ starring Rupali Ganguly, Sudhanshu Pandey and Gaurav Khanna, Anuj’s past is about to come to the fore. Anuj’s illegitimate son is going to destroy Anupama’s life.

Anupama Upcoming Twist: Famous serials of Star PlusAnupamaThe gimmick going on in ‘ is not taking the name of being stopped. One twist after another in Anupama’s story is going on. In such a situation, the fans are also finding Anupama’s story very interesting. On the other hand, the makers are also sweating hard to increase Anupama’s rating. Serial ‘Anupama’ (Anupamaa Latest Episode) Till now you have seen that Vanraj knows that Pakhi wants to marry more. Vanraj’s blood is about to boil because of Pakhi. Anupama tries to convince Vanraj. Meanwhile, there is going to be a big earthquake in Anupama’s life. Soon Anupama will learn that Anuj also has an illegitimate child. Knowing this, the ground under Anupama’s feet is going to slip.

Serial ‘Anupama’ In the upcoming episode of Anupamaa Upcoming Episode you will see, Anupama will go to engineering college to study. Anuj will also follow behind Anupama. Meanwhile, Anuj’s illegitimate son will enter Shah House. This boy will call himself Anuj’s son.

As soon as this boy comes in front, the secret of Anuj’s one night stand will be removed. Anupama will learn that Anuj has played a game of one night stand with a girl. After which the girl became pregnant. Rupali Ganguly In the show of Sudhanshu Pandey and Gaurav Khanna, there is going to be a ruckus as soon as Anuj’s secret is revealed.