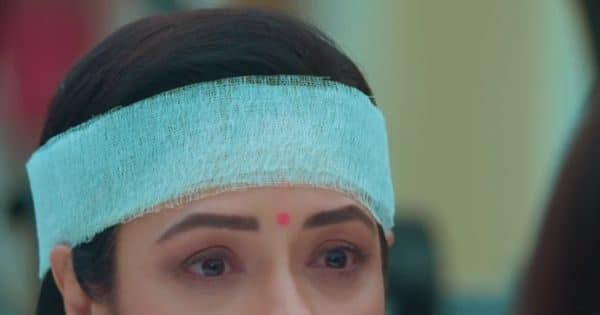 Anupama: Rupali Ganguly’s blockbuster show ‘Anupama’ has left no stone unturned to win the hearts of the people. The TRP ratings of the show were low this week, so the makers have entered three stars at once. So that Anupama’s story can be given a new twist.

Anupam: The famous TV show ‘Anupama’ has left no stone unturned to win the hearts of the people. Rupali Ganguly and Gaurav Khanna starrer ‘Anupama‘ (Anupama) These days twists and turns are coming. The show has also consistently remained at number one in the TRP list. But its rating appeared to have rolled down compared to last week. In such a situation, the makers have played the bet again to double its rating. Actually, ‘Anupama’ will soon have the entry of three stars together which can give a new twist to the story of Anupama and Anuj. The names of these stars entering Anupama are Deepak Chadha, Kiran Rajput and Hina Rajput. Also Read – Anupama told Anuj’s sister-in-law Barkha hot, you will also appreciate seeing the pictures of Ashlesha Sawant

Sources associated with ‘Anupama’ say that Rupali Ganguly Deepak Chadha, Heena Rajput and Kiran Rajput will soon enter Rupali Ganguly’s show. However, nothing has been revealed about his character yet. But it is being speculated that all three can play an important role in giving a new direction to the story of ‘Anupama’. Regarding Rupali Ganguly’s entertainment-rich ‘Anupama’, it is also believed that the connection of all the three artists will be with Dimple’s story. Also Read – Anupama 5 December Episode: Anupama will punish the poor herself, Dimple and Samar will take seven rounds as soon as the spectacle is over

Please tell that Deepak Chadha has been a part of shows like ‘Hitler Didi’, ‘Sasural Simar Ka’, ‘Punar Vivah’ and ‘Parichay’. Apart from this, Deepak Chadha has also worked in ‘CID’, ‘Crime Patrol’ and ‘Savdhaan India’. While talking about Heena Rajput, she has been a part of ‘Kundali Bhagya’. On the other hand, Kiran Rajput played an important role in ‘Wagle Ki Duniya’. Also Read – Little angel came to Anupama actor Apoorva Agnihotri and Shilpa Saklani’s house, parents became a couple after 18 years of marriage

This twist is going to come in ‘Anupama’

Please inform that Rupali Ganguly starrer ‘Anupama‘ (Anupam) in Entertainment Makers are constantly trying to double the dose. It will further be shown in the show that Pakhi will step into the Shah house with the help of Dimple. Not only this, she will also resort to fake pregnancy to win the hearts of the family members.