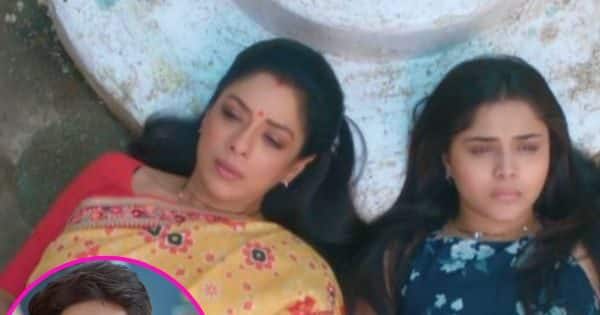 Anupama Upcoming Twist December 21: Rupali Ganguly and Gaurav Khanna starrer ‘Anupama’ will show that Anupama will find Pakhi and bring her home and explain things to her. Pakhi will also apologize for her mistakes and Abhi will give her another chance.

Anupama Upcoming Twist 21 December: Rupali Ganguly and Gaurav Khanna starrer ‘Anupama’ is in the news these days. The entire story of the show revolves around Anupama’s daughter Pakhi and more. While Adhik has decided to leave due to Pakhi’s behavior, Vanraj has also asked her to leave the house. last day tooAnupama‘ (Anupama) showed that even after stopping Pakhi’s lakhs, more leaves her. On the other hand, Barkha talks about her divorce and more. but Rupali Ganguly The twists and turns in ‘Anupama’ do not end here. Also Read – TRP List 50th Week 2022: ‘Gum Hai Kisi Ke Pyar Mein’ sweats to beat Anupama, these shows join top 5

Anupama’s daughter will be found lying on the roadside

Rupali Ganguly (Rupali Ganguly) starrer ‘Anupama’ will show that Vanraj also refuses to support Pakhi. So she leaves the house. On the other hand, when Anupama and Anuj go out to find her, she is found on the roadside in a delirious condition. To pacify Pakhi, Anupama also lies down beside her. After some time she brings him along and shows it to the people around him and explains that he should do whatever he wants, but find the purpose of life. Also Read – The greatness of these daughters-in-law of TV made the audience cry tears of blood by sacrificing again and again

More will give Pakhi a last chance

Anuj will be troubled by Anupama’s greatness

In Rupali Ganguly’s ‘Anupama’ Entertainment The dosage does not end here. The show will further show that Anuj will ask Anupama to spend time with him and little Anu. He will tell Anupama that I want my daughter to be Anupama’s shadow, not Anupama. Simultaneously, Anuj tells Anupama that little Anu needs our time, especially yours.