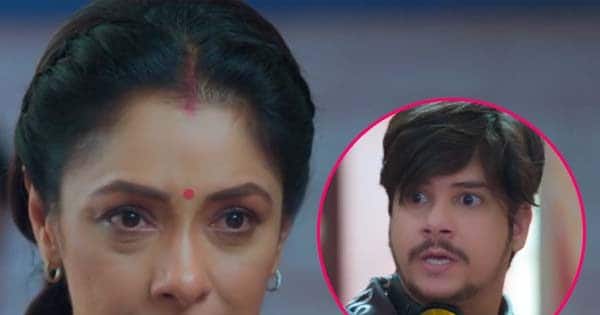 Anupama Upcoming Twist: Dimple is about to get justice in the upcoming episode of Rupali Ganguly and Sudhanshu Pandey starrer Anupama. There will be a lot of uproar in Anupama in the coming days.

Superhit serials of Rupali Ganguly Anupama The story now seems to be out of whack. A new drama is going to start soon in this serial of Star Plus. Actually Anupama does not understand how to get justice for Dimple? Day by day Dimple is feeling guilty and in such a situation Anupama is wishing that she can get her courage back. In the upcoming episode of Rupali Ganguly and Sudhanshu Pandey starrer Anupama, you will see that Anuj Kapadia will dare Anupama to fight. With this, more drama is going to happen in Anupama in the coming days. Meanwhile, preparations for Samar and Dimple’s wedding will also begin. Also Read – Anupama told Anuj’s sister-in-law Barkha hot, you will also appreciate seeing the pictures of Ashlesha Sawant

Anupama will punish the culprits of Dimple

Tonight in Anupamaa you will see that Vanraj Shah will be against the fact that his children are supporting his ex-wife. After this, one by one everyone including Samar, Kinjal, Barkha and Kavya will talk about not leaving Anupama’s side. In this battle, Anuj Kapadia and his cousin will also support Anupama at every step. Anupama will decide to enter the house of the poor and teach them a lesson. All the people together will enter the house of Dimple’s poor and threaten them that they will be punished for their actions. Anupama will teach a good lesson to the person keeping an evil eye on Dimple.

The twist in which Anupama’s story is going is getting mixed response on social media. Some people are liking the story of this serial of Rupali Ganguly. At the same time, some people are also playing the band of makers regarding the current story of the serial. People are calling the current track rubbish. Talking about the coming days, soon Summer is going to hold Dimple’s hand. Anupama will be in support of their marriage, but Vanraj and Baa will be against it. Also Read – Little angel came to Anupama actor Apoorva Agnihotri and Shilpa Saklani’s house, parents became a couple after 18 years of marriage