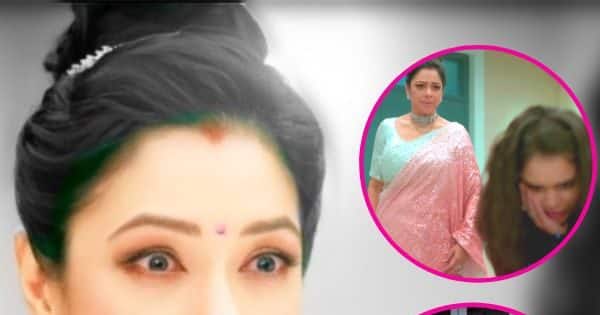 Anupama Slapped Pakhi: In Rupali Ganguly and Gaurav Khanna starrer ‘Anupama’, Anupama slaps her spoiled daughter hard. People are celebrating a lot about this matter. Not only this, he also advised to throw Pakhi out of the house.

Anupam: TV’s explosive serial ‘Anupama’ has left no stone unturned to win the hearts of the people. The special thing is that these days the makers are bringing twists and turns according to the wishes of the fans. Anupama Seeing Pakhi’s misbehavior in Anupama, the fans were demanding for a long time that Anupama should slap her. The special thing is that the makers have fulfilled that wish of the fans as well. Anupama tonight will show that Anupama will not only slap Pakhi hard but will also make her evicted from the house. Fans are celebrating this step of Anupama on Twitter. Not only this, many users have shown mercy even more.

Actually, Anupama Pakhi insults her mother in front of Barkha’s friends. She says that I am doing the work which my mother did. Pakhi questions her mother and says, “My mother had also married a rich man, so now I am doing that work. Who doesn’t want to marry a rich man and live a life of luxury.”

Not only this, while insulting Anupama, Pakhi further says, “Had someone else been in my mother’s place, she would have been happy that more people are getting married, but my own mother has a problem with my happiness. ” This enrages Anupama and she slaps Pakhi by bringing her into the room.

Most awaited moment n the build up that lead to it? DKP! This slap was much needed coz this girl has not only been the biggest villain in her mother’s life, but she has the guts to call her a gold digger knowing she’s not, n after seeing the hurdles she faced in life #Anupamaa pic.twitter.com/8rZsceg8WY

Fans dance with joy as soon as Pakhi gets slapped

Fans are also celebrating fiercely as soon as Pakhi gets slapped in Anupama. One user thanked the makers and said, “This moment was the most awaited. This slap was necessary. Because this girl is not only the biggest villain in her mother’s life, but she even calls her mother a gold digger.” ” A user named Neetu wrote, “This slap. How long was it waiting.” A fanpage of Anupama wrote, “The characters have completely changed. Now it is Anupama Kapadia’s turn to throw Pakhi Shah Aka Mehta out of her house.”