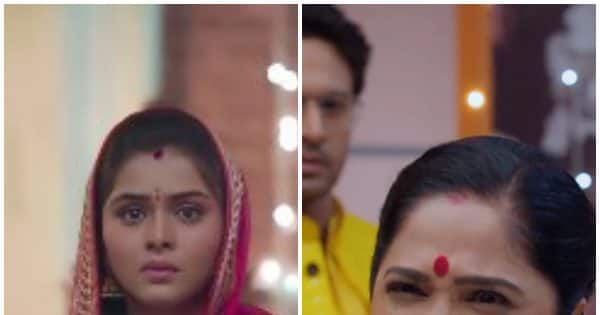 Anupama Spoiler Alert 31 Ocotber: Pakhi’s marriage has created a ruckus these days in the TV show Anupama to be aired on Star Plus. Pakhi surprised everyone by marrying more and more quietly without the consent of the parents. Due to which the nose of Vanraj Shah’s family has been cut off. As soon as this thing was revealed, the entire family wreaked havoc on Pakhi. Where first Anupama tells her daughter Pakhi the truth. So there, the blood of Vanraj Shah also boils. Vanraj Shah vents his anger over Pakhi’s marriage which has taken place more and more quietly and ends all relations with her. Not only this, after this Vanraj Shah throws Pakhi out of his house.

Anupama And after Vanraj, Pakhi will have to face the anger of her father as well. Baa will be furious at Pakhi in front of the whole family. She will not only tell the truth to Pakhi in anger after mixing the honor of her family in the soil, as well as she will declare Pakhi dead for the family. Not only this, in anger, Baa will garland Pakhi’s picture. Pakhi will be shattered seeing all this. Pakhi is going to have a lot of regrets for marrying Adhikhi.

Anupama-Anuj will remove the barkha