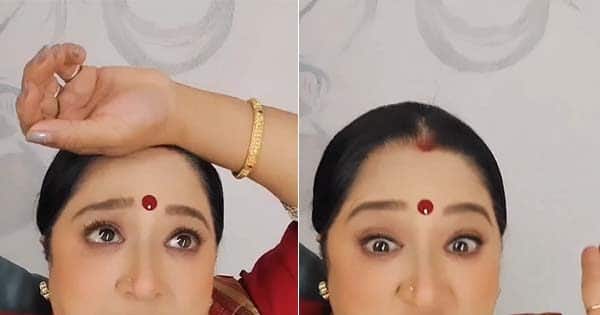 Anupama’s baa latest video: A video of actress Alpana Buch has surfaced from the sets of Anupama. Anupama’s Baa is looking very upset in this video.

Anupama Baa Funny Video: TV’s superhit serial Anupama is constantly in the news for one reason or the other. In this serial starring Rupali Ganguly and Sudhanshu Pandey, some new characters have been entered in the past. The story of this Star Plus show is taking one new twist after another. Meanwhile, Pakhi is adopting new tricks to come back to her mother’s in-laws’ house. Soon she is going to spread the news of her fake pregnancy. Many more interesting twists are going to be seen in the upcoming episodes of Anupama. Meanwhile, actress Alpana Buch, who plays an important role in the serial, has shared a video on social media. Also Read – Anupama Upcoming Major Twist: Anupama’s daughter will accuse more of domestic violence, Dimple will fight with Samar

Alpana Buch’s new video is making a lot of noise on social media. Seeing this video has become viral within minutes. In this video, Anupama’s sister-in-law is seen recreating a viral joke. People are giving funny comments on this video which surfaced from the sets of Rupali Ganguly starrer Anupama. One user has written, ‘Is there a fire in the garden and you are having fun.’ At the same time, another user has written, ‘Why don’t you handle Pakhi?’ Also Read – Ormax Top TV Shows: This show beats ‘Anupama’ to become number 1, ‘Gum Hai Kisi Ke Pyar Mein’ beats Matti Palid

Will Pakhi be pregnant?

Anupama will once again see the entry of many new characters soon. The entry of Heena Rajput, Kiran Rajput and Deepak Chadha is going to happen in this show and with this many new twists will come in Anupama. Meanwhile, Pakhi is also about to fake her pregnancy. If TV news updates are to be believed, Pakhi will do all this because she wants to enter Anupama’s Kapadia house. Pakhi had been dreaming of living a luxury life since the beginning, but Anupama threw her out of the house. In such a situation, she now wants to come back to Anupama’s house somehow. Also Read – Anupama 7th December Episode: Rapist will be trapped in kidnapping Anupama, will kneel before Dimple