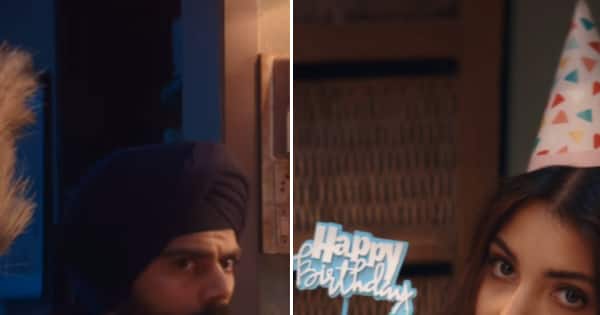 Anushka Sharma Virat Kohli Video: Bollywood actress Anushka Sharma has recently shared a video from her Instagram handle, after watching this video, fans are giving different types of reactions. Apart from this, the actress has also congratulated Alia Bhatt on becoming a mother.

Cricketer Virat Kohli celebrated his 34th birthday on 5 November. On this special occasion, Virat’s wife Anushka Sharma shared some pictures of him. Now after this a video of a cake has been shared. In this video, Anushka Sharma is seen taking out the cake from the freeze. After this she goes to take out the knife from the drawer, then the drawer does not open and the cake falls from her hand and Virat Kohli wakes up from sleep immediately. For information, let us tell you that this is an ad video. Which is becoming fiercely viral on social media. Fans are seen commenting fiercely on this video.