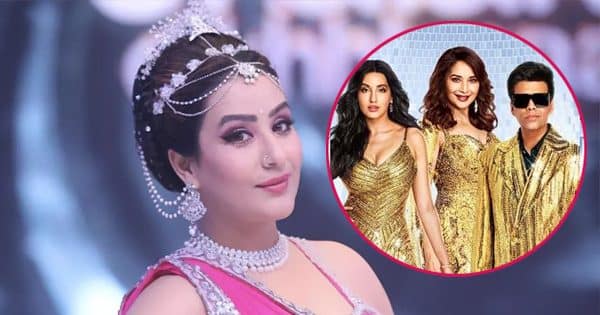 In this video shilpa shinde, Karan Johar, Madhuri Dixit and Nora Fatehi But seems to be targeting. Shilpa Shinde is saying in the video, ‘I remember how Nia Sharma got comments for her 2 performances. I want to ask if Karan Johar is going to give a Dharma Productions film to Nia Sharma. This is a dance show. What else would you expect from us in 3 minutes. Are you going to give us an Oscar or we will get a National Award. Have you ever seen the preparation videos of Rubina Dilaik. Anything can happen anytime. Who will be responsible for this? There is no point in taking out the candle later. As long as there is a human being, respect him.

In her second video, Shilpa Shinde was seen justifying her statement. Shilpa Shinde said, ‘I have a lot of respect for the makers of Jhalak Dikhhla Jaa 10. I am following Jhalak Dikhhla Jaa 10 continuously but I want to send a message to Karan Johar, Madhuri Dixit and Nora Fatehi. Also Read – Niti Taylor is not getting trolled even after appearing in a strange look, knowing the reason you will also appreciate

Further Shilpa Shinde said, ‘If Karan sir does not know dance, then comment on things like make-up, costume and setup. Madhuri ji has every right to speak on dance but when it comes to Nia, she becomes emotional there. you mess up. Shilpa Shinde said to Nora, you are judging the show of Hindi channel. If you learn a little Hindi first, it will be better. Also Read – Jhalak Dikhhla Jaa 10: Shilpa Shinde’s magic did not work in the dance reality show, she was out of the show overnight