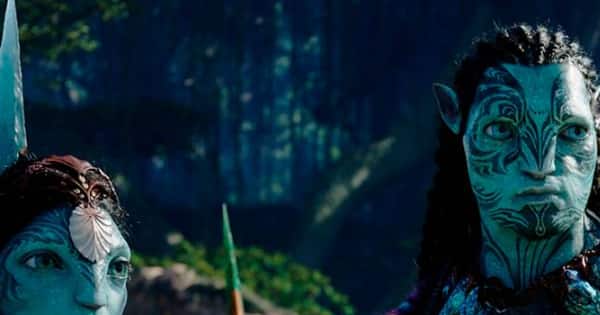 Avatar 2 Box Office Collection: In the year 2022, Hollywood films were released one after the other at the box office. The Hollywood films Thor Love and Thunder and Doctor Strange in the Multiverse of Madness grossed heavily at the box office. After these two films Avatar 2: The Way of Water Is rocking at the box office. Avatar 2 has completed 4 days of its release. The film is doing decent business at the box office so far. So let’s know whether James Cameron’s film could pass the Monday litmus test or not. Also Read – Pawan Singh’s wife Jyoti Singh has less water in front of Bhojpuri’s beauties, will not lose sight of the pictures

This is what happened on the first Monday of Avatar 2

Hollywood director of the films of james cameron Avatar 2 It is doing decent business at the box office from day one. The film has crossed the 100 crore mark on the first day itself. But the film’s earnings saw a huge drop on the fourth day. As per Koimoi’s report, James Cameron’s film is going to earn Rs 16-18 crore. Accordingly, the film’s earnings have declined by more than 50% on the fourth day. For information, let us tell you that the actual figures of the film’s earnings are yet to be revealed. Only after that it will be clear that how much the film earned. But after seeing the estimated figures so far, it seems that the film has not been able to pass the Monday litmus. Also Read – Jhoome Jo Pathan Twitter Reaction: Shahrukh’s song ‘Jhoome Jo Pathan’ as soon as it came on Twitter, fans said – tremendous

Avatar 2 earned this much on the third day

Hollywood film Avatar 2 earned more than Rs 46 crore at the box office on the third day. After which the total collection of Avatar 2 had crossed Rs 129 crore. Now it has to be seen that till when the film Avatar 2 will be able to cross the 200 crore mark at the box office. What is your opinion about the earning of the film, do tell us by commenting. Also Read – Viewers open front to stop Gum Hai Kisi Ke Pyar Mein, complain to PMO and Smriti Irani