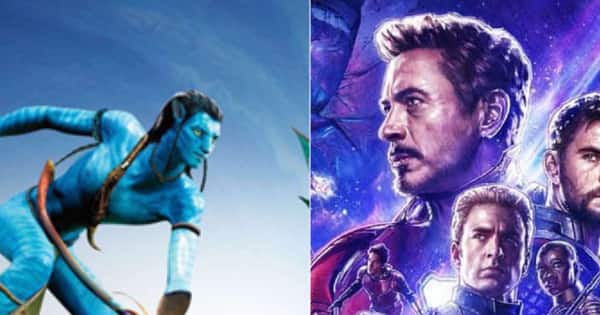 Avatar 2 Box Office Collection Update: James Cameron’s film ‘Avatar: The Way of Water’ has dominated the Indian box office since day one. This film had earned huge money in India from advance booking itself. After this, when the film was released on the big screen, it created a lot of buzz. The film first beat RRR at the box office, then Alia-Ranbir’s film Bramastra also got dusted at the box office. After this, now Avatar 2 has created a new record. After knowing which the makers along with the fans will also be happy. Also Read – Avatar 2 Box Office Collection Day 13: Avatar 2 beat RRR in terms of earnings, did so much collection on 13th day

Avatar 2 broke the record of Endgame

Movie starring Stephen Lang, Zoe Saldana, Michelle Rodriguez and Sam Worthington Avatar 2 It has once again come into the limelight. Avatar 2 has created a new record at the box office. According to media reports, James Cameron’s film Avatar 2 failed at the box office. avengers endgame Has broken the record of Avatar 2 has made Rs 373.25 crores in India while ‘Avengers: Endgame’ nett was Rs 372.22 crores. For information, let us tell you that ‘Avengers: Endgame’ topped the list of highest-grossing Hollywood films in India. Also Read – Avatar 2 Box Office Day 9 (Early Estimate): James Cameron’s film became 200 crores, collected so much on the 9th day

KGF 2’s record can be broken?

After breaking the record of ‘Avengers: Endgame’, the film ‘Avatar: The Way of Water’ has come very close to South’s film KGF 2. If the film continues to earn like this, then James Cameron’s film will break the box office record of Yash’s KGF 2. Let us tell you that KGF 2 had collected Rs 434.70 crore and so far Avatar 2 has collected Rs 373.25 crore. Do you also think that Avatar 2 will be able to break the record of KGF 2, do let us know by commenting. Also Read – Avatar 2 Collection: Avatar 2 continues to shine at the box office, did a good collection on the 7th day