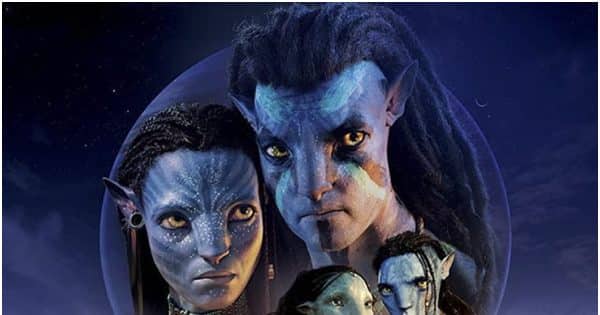 Avatar 2 Box Office Collection Day 1 (Early Estimates): Hollywood film director James Cameron’s much awaited film Avatar 2 (Avatar – The Way Of Water) has finally reached the theatres. The film got a good response from the audience at the initial level. The proof of which is now being given by the figures of the first day of the film’s earnings. The film has earned bumper earnings from the country’s box office on the first day. According to the latest media reports, the film is going to collect more than Rs 40 crore from the Indian box office on the very first day itself. Yes, this figure is surprising even to many trade pundits. Also Read – Avatar 2 Box Office Collection Day 7 (Early Estimates): Avatar 2 continues to dominate the box office, Dhansu collection on Day 7

According to a report in Box Office India, the film director james cameron a film by Avatar 2 It has earned around Rs 40 crore from the Indian box office. If reports are to be believed, the Sam Worthington and Zoe Saldaña starrer film has done exceptionally well in South India. The film has collected around Rs 10 crore on its first day from Nizam and Andhra circuits alone. Whereas, the film has earned a bumper in Tamil Nadu, Karnataka and Kerala as well. The pace of the film has been slow in the Hindi market as compared to South. However, these are still the figures of Early Estimates. The official figures of the film are yet to be revealed. In such a situation, it will be interesting to see how many crores of rupees the film is going to add to its account from the Indian box office on the first day. Also Read – Avatar 2 Star Cast Fees: Vin Diesel’s movie fees will surprise you, know who charged how much

Avengers Endgame record will not be broken

The early figures of Avatar 2 prove that the film will be able to earn close to Rs 40 crore on the first day. However, along with this, it is feared that this film can hardly beat Avengers Endgame at the Indian box office. In fact, on the first day, Avengers Endgame earned a total of Rs 53 crore from the Indian box office. In such a situation, it seems difficult to achieve this figure for Avatar 2 at the moment.