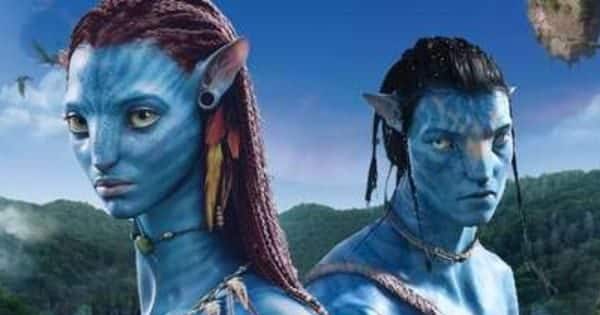 Avatar: The Way Of Water Day 1 Prediction: Hollywood film ‘Avatar: The Way of Water’ has exploded at the box office on the first day. It is being told in the reports that the film has started in a tremendous way.

Avatar 2 Box Office Prediction: Hollywood film by director James Cameron Avatar: The Way Of Water It has been released in cinemas worldwide on Friday, 16 December. The buzz about this film is going to prove to be true. The film has made a tremendous debut at the box office on the first day. The film has been rated excellent in the morning shows occupancy report. And now if media reports are to be believed then the film ‘Avatar: The Way of Water’ is going to open in double digit and that too double digit is going to be very good. Also Read – Avatar 2 Box Office Collection Day 3: ‘Avatar 2’ crossed the Rs 100 crore mark on its first weekend itself, know earnings

‘Avatar 2’ can earn this much on the first day

The film ‘Avatar: The Way of Water’ is being liked by the people. The result of this can be gauged from the people thronging the theatres. According to media reports, the film is going to open very well. The film ‘Avatar: The Way of Water’ is estimated to earn Rs 40-45 crore on the first day. According to media reports, James Cameron’s film had already earned Rs 30 crore from the advance collection before its release. Looking at the advance collection of the film, it can be guessed that what kind of craze people had about the film. Also Read – Akshay came to watch ‘Avatar 2’ with daughter Nitara, ‘Khiladi Kumar’ looked like a protective father

Hollywood industry’s popular director James Cameron has once again proved that his film may come late but people will definitely like it. The film ‘Avatar’ was released in the year 2009 and since then people were waiting for its second part. Significantly, ‘Avatar 2’ has been released on more than 3800 screens in India. Actors like Sam Worthington, Zoe Saldana, Kate Winslet, Sigourney Weaver, Stephen Lang, Britain Dalton have been seen in the film ‘Avatar: The Way of Water’. Also Read – Avatar 2 Box Office Collection Day 2: James Cameron’s film ‘Avatar 2’ cooled down on the second day, fans surprised to see the figures