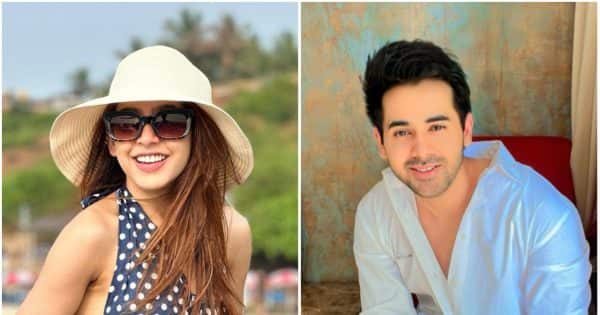 Bade Achhe Lagte Hain 2: popular tv shows looks great 2 Viewers like it very much. There is a lot of buzz about this TV serial. Nakuul Mehta and Disha Parmar are seen in this show of Ekta Kapoor. Fans are showering love openly on the acting of both. But in the meantime, a news related to both has come to the fore, in which it has been told that Nakuul Mehta and Disha Parmar are about to leave the show. And after this the show is going to take a leap of 20 years. If reports are to be believed then two new and popular faces will be seen post the leap. It is being told that because of Nakul Mehta and Disha Parmar, popular actresses Niti Taylor and Randeep Rai are going to be seen. Also Read – The luck of these TV stars shines in 2023, will return to the small screen with a bang project

There will be a change in Bade Achhe Lagte Hai 2

If media reports are to be believed then Niti Taylor will act with Randeep Rai. Randeep Rai will be seen in the lead male role of the show. Neeti will be seen playing the daughter of Ram (Nakuul Mehta) and Priya (Disha Parmar) in the show. However, there is no information yet about Randeep Rai’s character. Let us tell you that after a long time, Niti Taylor is going to return to the small screen. Earlier she was seen in Jhalak Dikhlaja 10. While talking about Randeep Rai, he has worked in many TV serials. Recently he was seen in Balika Vadhu 2 opposite Shivangi Joshi.

Niti Taylor is quite popular

Let us tell that Niti Taylor is one of the most popular actresses of the TV industry. Neeti remains very active on social media and often shares pictures and videos with her fans, which her fans like very much. The fan following of Niti Taylor is quite strong. In this matter, she competes with many Bollywood actresses. Also Read – Today TV News 4 January: ‘Anupama’ actor Rushad Rana gets married, mother Vanita Sharma will celebrate Tunisha Sharma’s birthday