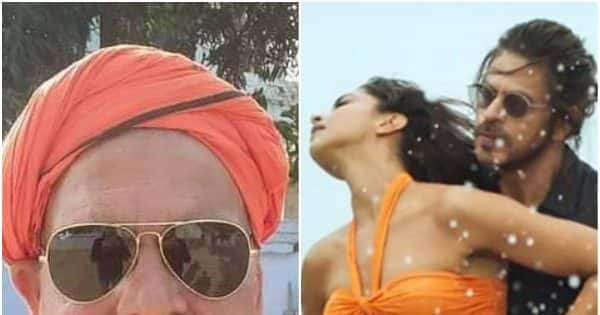 Pathan Ban In Bihar: BJP leader Haribhushan Bachaul has threatened not to release Shah Rukh Khan and Deepika Padukone’s film ‘Pathan’ in Bihar. The leader said that this color is the symbol of Sanatan Dharma and it has been described as shameless in the song.

Songs of Shah Rukh Khan and Deepika Padukone’s ‘Pathan’shameless color The controversy over ‘(Besharam Rang Song)’ is not taking the name of ending. After Madhya Pradesh Home Minister Narottam Mishra, now BJP leader Haribhushan Thakur Bachaul has spoken about not releasing ‘Pathan’ in Bihar. Narottam Mishra accused the film of hurting the religious sentiments of the Hindu community because Deepika Padukone was wearing an orange bikini in the song ‘Besharam Rang’. Also Read – Before Besharam Rang, Deepika Padukone has been criticized for these things, know the big controversies of the ‘Pathan’ actress

However, now Bihar leader Haribhushan Thakur has followed in the footsteps of Narottam Mishra. According to a report published in E Times, Bachaul said, “The makers of this film have made a dirty attempt to weaken the Sanatan culture of the country. Saffron color is the symbol of Sanatan culture.” She further said, “The color of the sun is saffron and it is also the color of fire. It is the color of sacrifice. The filmmakers have termed saffron as shameless, which is very wrong and should be questioned.” The dress depicts obscenity. That is why most of the people in the country are demanding boycott of the film.”

Pathan will not release in Bihar

Haribhushan Thakur said that we will not allow this film to be released in the theaters of Bihar. BJP workers will protest against this film outside the theatres. After this statement of Bachaul, a controversy has arisen among the politicians. politicians constantly ‘Pathan’ They are targeting each other about. Also Read – Deepika Padukone appeared for the first time amid Besharam Rang controversy, people said – ‘Urfi’s sister does not suit so many clothes’

Let us tell you that Shah Rukh Khan, Deepika Padukone and John Abraham’s film ‘Pathan’ will be released at the box office on January 25. Recently the teaser of the film was released, which was liked by the fans.