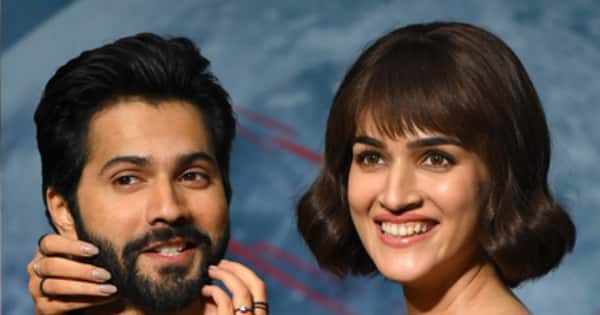 Kriti Sanon Bhediya Box Office Collection Day 5 Early Estimate: Varun Dhawan and Kriti Sanon’s film Bhediya saw a decline in its earnings on the 5th day. This film has collected so much on the 5th day.

Bhediya Box Office Collection Day 5 Early Estimate: Bollywood actress Kriti Sanon and Varun Dhawan’s starrer film Bhediya has done a decent collection at the box office so far. The film has crossed the 30 crore mark at the box office in the first four days. Varun Dhawan’s film is going to earn well on the 5th day as well. Ajay Devgan’s film Drishyam 2 is the reason for this film not earning a bumper. This film of Ajay Devgan is earning a lot. So let’s know Drishyam 2 has given 5th loss to ‘Bhediya’. Also Read – Bhediya Box Office Collection Day 10: Varun Dhawan’s film crossed the 50 crore mark on the 10th day, this is the collection

The speed of ‘wolf’ slowed down on the 5th day

Deepak Dobriyal, Varun Dhawan and Kriti Sanon film wolf has completed 5 days of release at the box office. This film of Varun Dhawan was released on the big screen on 25 November 2022. The film has done a business of Rs 32.40 crore in the first four days at the box office. Now the new figures of the film’s earnings have come to the fore. According to the report of Koimoi, Varun Dhawan’s film Bhediya is going to earn Rs 3-4 crore. These figures of the film’s earnings are still estimated. It has to be seen how different the actual figures are from this. But the film’s earnings saw a decline on the 5th day. For information, let us tell you that Kriti Sanon’s film collected Rs 3.85 crore on the fourth day. Also Read – Bhediya Box Office Collection Day 9: Varun’s film Karni Ko Tarsi, Bhediya could not touch the figure of 50 crores even in 9 days

The film may cross the 50 crore mark this week.