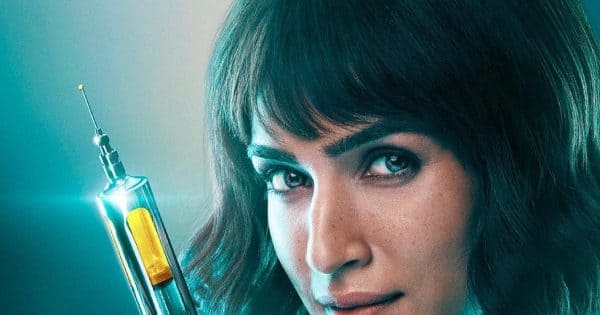 Bhediya Kriti Sanon look: The first look of actress Kriti Sanon from the film ‘Bhediya’ has been revealed. In the film, Kriti will entertain the audience a lot by becoming a doctor.

Bhediya Film Kriti Sanon First Look: Actor Varun Dhawan and Kriti Sanon There is a lot of buzz these days about (Kriti Sanon) starrer film ‘Bhediya’. After the announcement of the film, the excitement of the audience about ‘Bhediya’ had doubled. Recently the first look of the film was revealed, in which Varun Dhawan He was seen in a completely different way. Now the first look of actress Kriti Sanon from ‘Wolf’ has been revealed. Kriti herself shared her first look from the film on Instagram. With this, the release date of the trailer from the film has also been revealed.

Let us tell you that in the film ‘Bhediya Trailer’, actress Kriti Sanon will play the role of Doctor Anika. Sharing her first look, Kriti wrote in the caption, “Meet Doctor Anika, Doctor of the wolf, humans please come at your own risk.” Along with this, Kriti also told that the trailer of the film will be released tomorrow i.e. on 19 October. Fans are looking quite excited after this announcement of Kriti. People are commenting a lot on this post of the actress and are also praising Kriti’s look.

Directed by director Amar Kaushik, ‘Bhediya’ is slated to release on November 25. The film will be released in 2D and 3D. Through this film, Kriti and Varun will be seen sharing the screen for the second time. Earlier, both of them were seen together in the film ‘Dilwale’. This horror comedy film of Varun and Kriti is produced by Dinesh Vijan.

If we talk about Kriti and Varun’s upcoming projects, apart from the film ‘Bhediya’, Varun Dhawan will be seen in the film ‘Bawal’. At the same time, Kriti Sanon has many films in the pipeline. She will be seen working in films like ‘Adipurush’, ‘Ganpat’ and ‘Shehzada’.