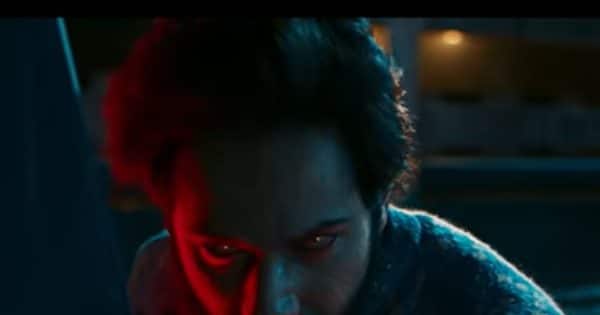 Varun Dhawan Film Bhediya Pre Release Trailer: A new promo of actor Varun Dhawan and Kriti Sanon’s film ‘Bhediya’ is out before its release, which people are liking a lot. Watch the video here.

Bhediya Pre Release Promo: Bollywood actor Varun Dhawan and Kriti Sanon’s film ‘Bhediya’ is going to release soon at the box office. Before the release of the film, a new promo of ‘Bhediya’ has come out, seeing which the excitement of the audience has doubled. In this trailer, the story of 7 kids of the goat and the wolf has been told an interesting story. From BGM of the film to Varun Dhawan’s look is blowing the senses of the fans. Let us tell you that in this horror comedy film, actor Varun Dhawan will be seen scaring the audience by becoming a wolf. Also Read – Adipurush: Kriti Sanon stopped speaking of trolls, said- Can’t show everything in 1 minute 35 seconds!

Viewers are liking the new promo of ‘Bhediya’

Varun Dhawan The new promo of the film ‘Bhediya’ is being liked by the audience. Even before its release, people are calling this film a super hit. One user commented, “This film is a blockbuster. India’s first creature comedy. It is next level and will set a new benchmark for the Indian industry. Congratulations to the entire team of Bhediya.” So while another user wrote, “Yeh hai apna Bollywood, Bollywood has come back.” Commenting on Varun Dhawan’s film, another user wrote, “The visuals of the film are amazing. Can’t wait for this epic experience in the theatres.” Also Read – Varun Dhawan and Kriti Sanon went out to promote Bhediya, paps caught on camera like this

Varun Dhawan’s film will be released on this day

Tell that Varun Dhawan and Kriti Sanon starrer film ‘wolf’ To be released on 25 November. The film will be released in Hindi as well as in Tamil and Telugu. The film will be released nationwide in 2D and 3D. While this film is directed by Amar Kaushik, ‘Bhediya’ is jointly produced by Jio Studios and Maddock Films. Tremendous excitement is being seen among the fans regarding this film. Also Read – Salman Khan took the form of ‘wolf’ on seeing it, Varun Dhawan was also shocked