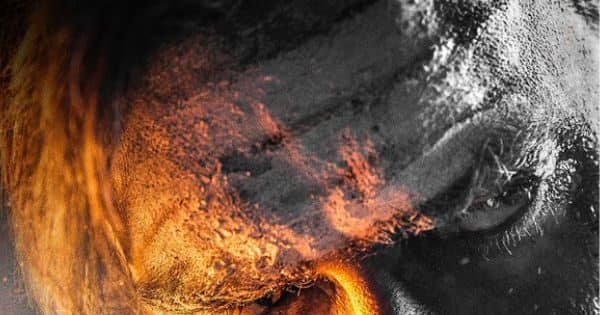 action star of bollywood industry Ajay Devgn These days, he has become in discussion about his blockbuster film ‘Drishyam 2’. The film has earned more than Rs 200 crore at the box office. Whereas, his next film ‘Bhola’ They are going to explode. Ajay Devgan has shared his first look from his film with his social media account. His first look from the film ‘Bhola’ is grabbing the attention of the people. Ajay Devgan’s fans are reacting fiercely after seeing a glimpse of their favorite star. Let’s see how is his first look from Ajay Devgan’s upcoming film. Also Read – Today Entertainment News: Shahrukh got a place in the world’s top actors, shooting of ‘Bade Miyan Chote Miyan’ will start from this date

Ajay Devgan has shared his first look from his film ‘Bhola’ with his social media account. He has shown his look from the film from four different angles. Along with this, Ajay Devgan has shared a small clip. His look and handcuffs are visible in this click. A man’s voice is heard in the background. He says, ‘Bada vabal kate ho, aarey ka naam hai re tumhara mardua, kabhi kabhi dekhiye nahin.’ Ajay Devgan says on this, if you were seen, you would not have been seen. Ajay Devgan has written the caption with both his posts, one rock, hundred devils. Bhola is coming in this Kalyug, on March 30, 2023. Also Read – RRR: Ram Charan-Junior NTR’s film created history, got three awards together

Fourth film to be made under the direction of Ajay Devgan

Tabu will be seen in the film ‘Bhola’ with Ajay Devgan. This will be the 9th film of these two stars together. Ajay Devgan’s film ‘Bhola’ is a remake of Tamil film ‘Kaithi’. Ajay Devgan is directing the film. Let us tell that Ajay Devgan has already directed many of his 3 films. Also Read – Drishyam 2 Box Office Collection Day 31: ‘Drishyam 2’ is not taking the name of stopping at the box office, see the earnings of Ajay’s film