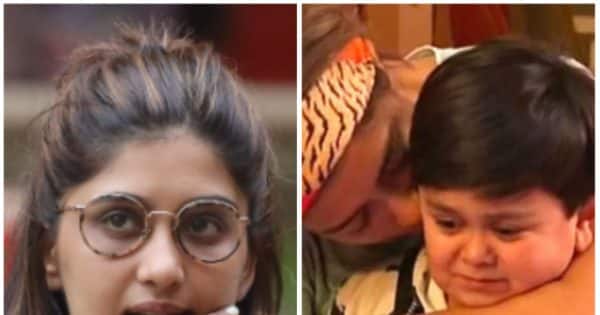 Abdu Rozik and Nimrit Kaur: The audience is giving love to the famous contestant of Bigg Boss 16, Abdu Rozik. Meanwhile, a video of him is becoming increasingly viral on social media, in which he is seen flirting with all the girls of the house in order to burn Nimrit Kaur.

Bigg Boss update: bollywood actors Salman Khan (Salman Khan) controversial reality show ‘Bigg Boss 16’ In Bigg Boss 16, something new is being seen every day. Where Gautam Vig has achieved the throne of Captain by sacrificing ration. At the same time, according to reports, Archana Gautam, Sumbul Tauqeer Khan and Soundarya Sharma have been nominated this week. Let us tell you that the youngest member of the house, Abdu Rozik has become a lover of Bigg Boss. A video from the recent episode is doing the rounds on the internet, in which Abdu is seen flirting with all the girls in the house.

It is known that Abdu Rojic is very much attached to Nimrit Kaur. People believe that ‘Chhota Bhaijaan’ i.e. Abdu has given his heart to Nimrit. Meanwhile, apart from Nimrit, Abdu was seen fighting with the rest of the girls of the house. He has flirted with Soundarya Sharma to Tina Dutta. When Nimrit came to know about this, he asked Abdu why he was doing this to burn him. To this Abdu shyly replied that there is nothing like this. Let us inform that Abdu Rojic is the most favorite contestant of this season. Salman Khan also showers love on her. Abdu’s fan following is also very good. In this case, he gives a tough competition to all the members of the house.

According to media reports, three contestants have been nominated this week, which includes the names of Archana Gautam, Sumbul Tauqeer Khan and Soundarya Sharma. ‘Bigg Boss Tak’ has shared this report on Twitter. Superstar Salman Khan is going to give a decree to make one member homeless in the coming weekend.